Yo! If you want to say something other than “yo” to your colleagues while on the go, you’re in luck. Cloud file-sharing company Box has added its note-taking feature, Box Notes, to the company’s iOS apps.

In the newly updated Box app for iPhone and iPad, you can tap in an idea, add bullets and indentations, comment on a note, share it with colleagues or anyone with the proper link, and set an expiration date.

The feature could help Box compete with companies with file-sharing and note-taking capability, including Microsoft. Meanwhile, Box competitor Huddle launched a note-taking feature of its own in December.

Box Notes on iOS, for its part, is not unnecessarily complicated. It fits with Box chief executive Aaron Levie’s stated ideals in mobile app design: “simplicity and usability.” 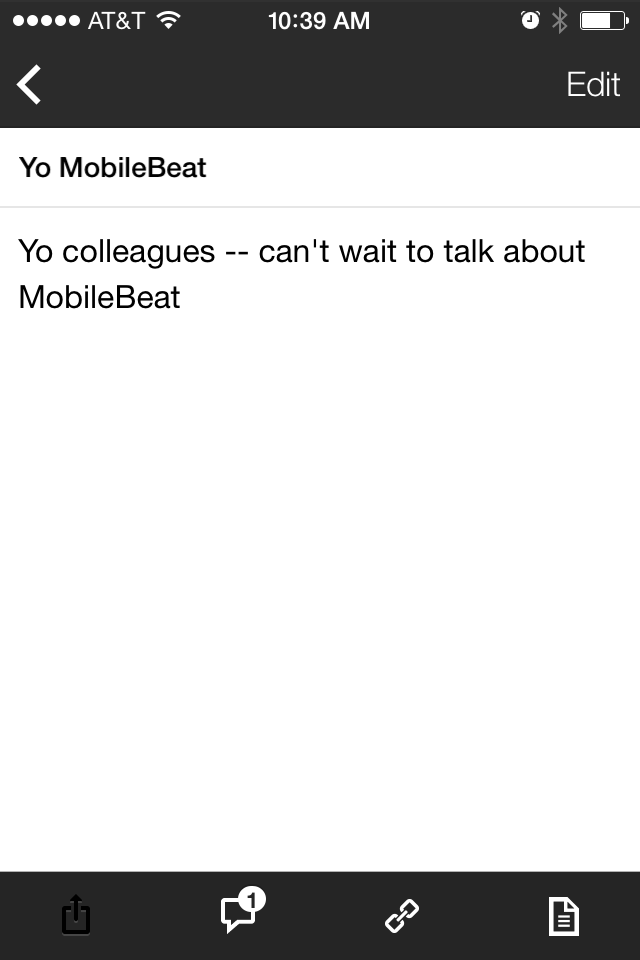