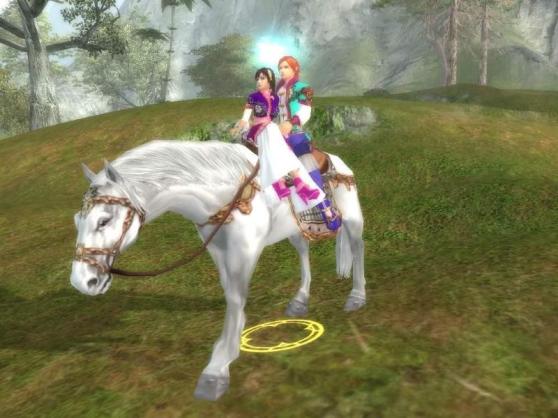 Above: China’s Perfect World is an online game similar to World of Warcraft.

GamesBeat: If you think of Western developers, I wonder how large you are compared to some others.

Xiao: We’re definitely smaller than they are. We’re smaller than EA. Those 2,000 development personnel include six or seven internal development studios, as well as more than 20 studios we’ve made investments in. A studio focuses on titles — for example, one might be working on Battle of the Immortals. Their first product was for the PC. The same group of people, though, may then work on similar games, using the same IP, for mobile. Or they’ll choose to develop something browser-based, or they might want to do a set-top box game.

That makes hard for us to identify exactly how many people might be dedicated to mobile games. But I’d say 80 percent of my studios are developing cross-platform games. They have some PC games in their portfolio, but they have been or are developing mobile games as well.

GamesBeat: What would you say are Perfect World’s larger ambitions as far as the global gaming market?

Xiao: Number one, we want to reach out and acquire as many gamers on our platform as possible. We want to get them playing our games. Number two, we want to see that our games have more alternative ways of entertaining people. From a content perspective, we want to have more kinds of characters and culturally oriented content. We don’t want to focus on Chinese culture. We want to draw elements from cultures all around the world.

We want to learn more about our consumers and understand their behavior. Obviously we have a considerable database in China. We have some data about the U.S. We understand Taiwan and Korea a bit. Across all these markets, consumer behavior is completely different. Even with one product, we want to customize it for different areas, so we can find deeper penetration and offer the best product to consumers no matter where we go. We want to get more people playing our games. 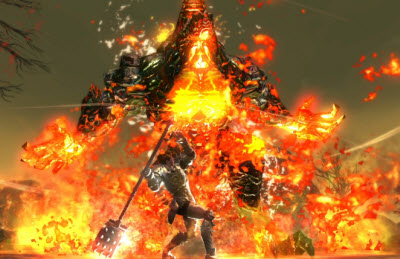 GamesBeat: I remember getting interesting statistics from some game analysts. One was saying that there were about 30 companies in Asia with a billion dollars in cash and a history of game companies. In the last couple of years, nine of the top 10 acquisitions on a worldwide basis in the game industry have been by Asian companies. It seems like Perfect World has some ambitions that follow those trends.

Xiao: You’re right. We’re using our cash to invest in studios around the world — not only in Asia. We have a PWIN project. It’s been investing in 20-some studios around the world, and the program is still rolling. Our focus now is very simple. We’re looking at mobile studios or console studios. We believe that not only mobile, but also console will be the next wave as far as bigger new markets in China.

GamesBeat: The Xbox One and possibly the PlayStation 4 are going to be launching in China. That’s a big opportunity for you?

GamesBeat: How much of an expectation can you have for that right now? Does that seem to be on a concrete schedule at this point?

Xiao: The console side of the story is different from either PC or mobile. Console is more reliant on hardware as the driver, especially at the beginning of the market. PC is vastly available. Everyone has a PC. Mobile, we’re growing to point where almost everyone has some kind of mobile device. Console will take some time. I don’t know exact dates, but it seems like the Xbox One is on schedule for this fall. The hardware will take its time to become popular among gamers, as early movers start to build games for Chinese audiences, but we believe that in the next year or two, it’ll move into a pretty explosive growth phase.

We acquired a Chinese online portal dedicated to console and TV-based gaming. There are tens of millions of users there who are somehow interested in console gaming experiences, or who already have consoles in China. Starting from there, I believe the audience can grow by several times.

GamesBeat: At this point, do you already have a lot of console titles in the works? Or are you still in a conception stage?

Xiao: We have some studios working on projects already, building specifically for Xbox One. Not only Chinese studios, but also studios we’ve acquired in the west. We have at least three studios working on console at this time. By the time Xbox One launches in China, we hope to be among the titles initially offered on the platform. We’ve been working for a while. We didn’t ask all of our studios to start developing console-based games, but we have two or three working already. After the launch, once we see the initial reaction, then we’ll decide on fuller investment in the consoles. 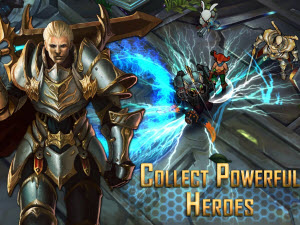 GamesBeat: The Chinese domestic market, I think, is on schedule to become the largest market in the world very soon. Maybe not this year, but maybe next year. I wonder how you think that’s going to change the global game market.

Xiao: It’ll be an interesting trend. More Chinese developers and publishers are moving to the world stage. More Chinese types of games — not just stories and characters, but business models as well — can be influential. Chinese gamers have completely different behavior compared to U.S. players. But as the Chinese market gets bigger and stronger, more Chinese types of games will be introduced to the world. Different player behaviors will gradually fuse together, I think. There won’t be such a clear line of separation around different parts of the world.

Xiao: That’s an effective way of spreading out, of distribution. But different mobile networks represent different kinds of users. Using social networks to distribute games, most of the games you see there are more casual. It’s an important channel, but eventually social networks run up against their limitations. Social networks are still spreading quickly. They haven’t saturated yet. But they’re for different types of mobile games.

We’re talking about mobile games in general, not just one type. User bases are growing at a rate to where there are many different types playing games on the mobile platform, and different distribution channels will have advantages for different types of mobile games. For one of our recent releases, the game is a 300MB download. It’s huge. The way we’ll distribute this game is different from the distribution of a five-megabyte casual game.

We’re starting from more hardcore RPG types of games with bigger download sizes. Then we’ll move into a wider spread of different types of games. So far we haven’t been using social networks as a channel for our games. 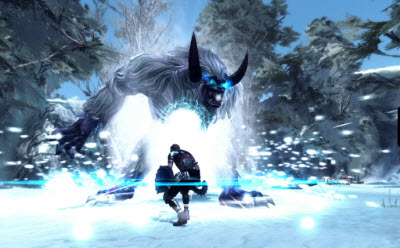 GamesBeat: Do you expect much near-term impact from cloud gaming?

Xiao: That’s very hard to say. The significance of cloud gaming relies on bigger games, the kind you don’t want to have to download. In my mind, I’m seeing bigger console games, TV-focused games, where you don’t want to bother downloading it. You just want to switch it on and play. For smaller games, why use the cloud? So far, I don’t see so many realistic applications for it at this point in time.

We might be seeing some things coming up on the technology side in the next six to 12 months. We’re looking at that. But so far, our strategy is to wait and see.

Xiao: On the PC side, right? Overall, the proportion there is declining slightly. We see that as normal. We haven’t had any major new titles launching in the past six months. On the PC side, our growth is driven by new games. Whenever you have new titles, new content, different kinds of gameplay, better graphics, you see big growth. This year, the bigger part of our growth is coming from the mobile side. The PC is slightly declining, or coming up to stabilize a bit in the next quarter. PC growth will be coming from our next big titles.