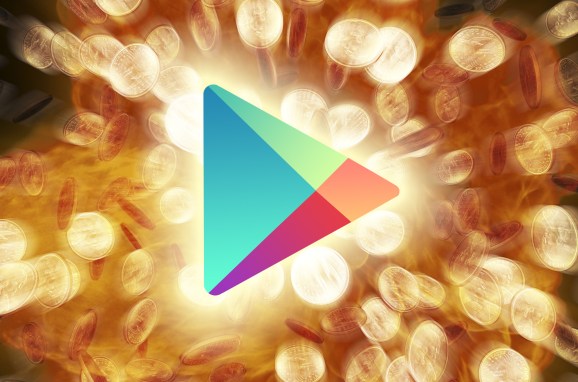 Games now generate 90 percent of Play revenue, and 98 percent of that revenue comes from freemium apps, according to a new report from mobile analytics company App Annie. Japan continues to lead all countries in pouring cash into Google’s coffers, App Annie’s data reveals.

“There are now over 1.5 million apps available on Google Play,” App Annie, which just acquired rival Distimo, said today in its report. “The number of apps grew by around 60 percent between July 2013 and June 2014.”

More: 176 developers with $600M in annual revenue told us what works in Mobile Games Monetization.

But while Google has long had massive download numbers, the revenue it is delivering for developers is now starting to outpace downloads. Downloads were up 1.5 times over the past year, while revenue jumped 2.5 times. That’s great news for developers and bad news for mobile rival Apple, as it shows that Google is getting better and better at monetizing mobile apps, and that consumers — especially in Japan, Brazil, Russian, and India — are spending a lot of money inside the “free” apps they download.

While games are huge on Google Play, all categories are trending up and to the right in both downloads and revenue.

Most of the increase in revenue, and almost all the other revenue on Google Play, comes in via freemium apps. Only 2 percent of Play revenue is from pay-to-download apps, with the overwhelming majority coming from in-app purchases. In fact, only one country, Brazil, has more than 10 percent of its revenue coming in via paid apps, or paid apps that also have in-app purchases.

Asia, of course, is still a big story for Google Play — especially Japan.

Japan was the top country for Google Play revenue in Q1 2014, continuing a trend with 2.4 times revenue growth compared to the same period last year. But the U.S. jumped ahead of South Korea, with strong 2.6 times growth, while Korea cooled a little to 1.9 times. Germany and the U.K. were both also fast-growth Android regions, although on smaller bases.

The U.S. also saw strong downloads, with 1.2 times growth, but Brazil and Russia were both higher, at 2.6 times and 1.9 times, respectively.