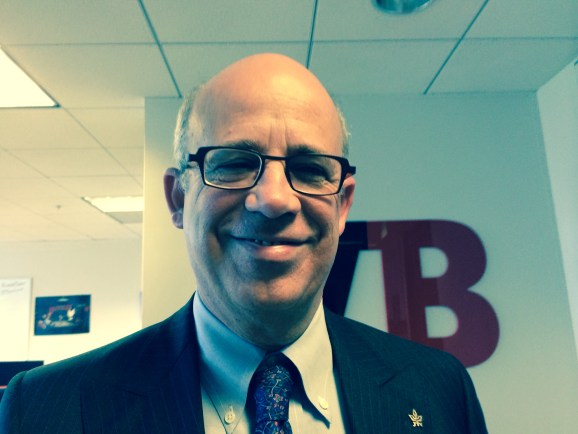 Israel and China are now BFFs — at least when it comes to the subjects of nanotechnology, computer science, and other high-tech fields.

Two prominent tech universities from both countries — Tel Aviv University and Tsinghua University in Beijing — recently signed a $300 million deal that will see an exchange of Ph.D students from Israel and China. And eventually, satellite offices on both campuses.

Leaders from both schools see this deal as more than just an expensive exchange of top-shelf talent.

While nanotechnology will be one of the primary focuses initially, Tel Aviv University president Joseph Klafter sees the newly minted relationship as a way for students to collaborate and eventually launch IT-centric startups of their own.

“The Chinese are looking for partners in order to accelerate their innovation process,” Klafter told VentureBeat in a Monday sitdown. “They will be the next generation of researchers and innovators.”

The deal marks the largest such exchange in the history of the two countries and has profound implications for global tech innovation. Israel produces some of the best developers in the world, and China does, too. The deal also shows Chinese interest in tapping the tech know-how of the Holy Land, with its tiny population of 7.9 million, that many refer to as “startup nation.”

The $300 million initiative is called Xin, which is Mandarin for heart or mind. Klafter has exceptionally ambitious plans for Xin, as do his Chinese counterparts. Nanotech cooperation is high on the list of priorities, followed by medical apps and environmental subjects. IT research will then join in.

So far, this effort has raised $100 million, with the cash coming primarily from the private sector, sans governments. Construction will also take place on the campuses of both schools to house the program. There is no downside to the deal, Klafter said, noting that Tsinghua University is called the “MIT of China” while Tel Aviv University has the best computer science program in Israel.

“We will now have an academic presence in China. There are lots of fellowships and faculty in the cooperation. The Chinese are looking for different types of cooperation, and they wanted the innovative side,” Klafter said. “Lawyers from both sides have already fine-toothed the deal, and intellectual property right exchanges have been signed. The deal has created a lot of noise,” he said.

While Krafter and his Chinese colleagues hope to raise the rest of the dough soon, the focused university chief pictures a win-win for both sides. He eventually sees Israeli tech ideas turned into startups and making money in Beijing, and sees the same for Chinese participation.

“The focus is on everything, from startups to basic research,” he said.

Krafter smiled and put his iPhone back into his pocket on his way to yet another meeting in the Valley before flying home to Tel Aviv.

“Anything that leads to an idea,” he said of the deal. “Scientists run the world.”