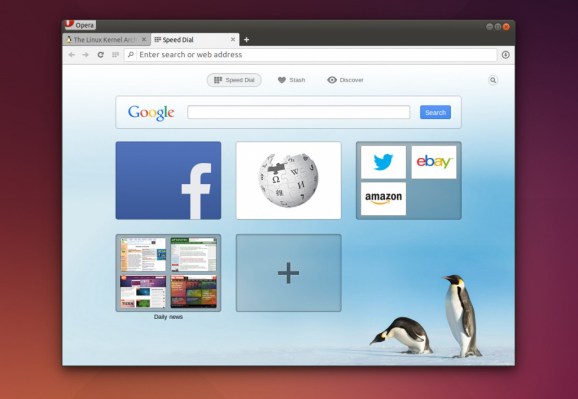 Opera has unveiled its new (and long-awaited) browser for Linux, according to a company press release on Monday. The new developer version of Opera 24 uses Google’s open source project Chromium as its base.

Opera hasn’t been updated for Linux since version 12.16, which debuted in December according to The Next Web. Users had complained that it didn’t have the same features and functionality as Opera for Windows and Mac computers.

Right now the company is using Ubuntu Linux 64-bit with Unity or Gnome Shell to test its new Linux browser, Opera said in a blog post. As such, fans of other Linux flavors may run into issues. Also, the company maintains that this is an “experimental” version to give users a “hint” of what Opera 24 will be like on Linux — when it eventually comes out in a more formal release.