Google is going to school.

Google’s research and special initiatives group is working with Carnegie Mellon University for an ambitious project that aims to lessen the dropout rates for students taking online courses and to overhaul the way people perceive MOOCs, or massively open online courses.

Google is sponsoring the project and committing resources — $300,000, for example — through Google’s Focused Research Award, to the endeavor. As it stands now, CMU researchers said the current dropout rates for students taking online courses is high because many lack an effective methodology of keeping students interested, unlike so-called traditional “brick and mortar” classes, according to the team’s research.

“Ninety percent of people that sign up for MOOCs never finish the course. We’re trying to build an intervention in order to keep the engagements up,” said CMU professor Robert Kraut of the school’s well-regarded Human-Computer Interaction Institute. 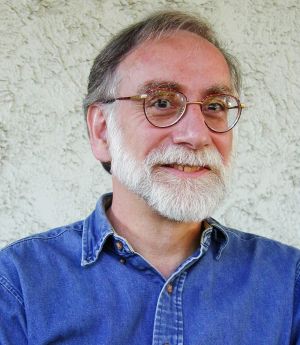 According to CMU researchers in a release announcing the funding:

“The research plan includes development of techniques for automatically analyzing and providing feedback on student work, for creating social ties between learners and for designing MOOCS that are effective for students with a variety of cultural backgrounds.”

“I think we need to enable MOOCs to be more immersive, adaptive, and social,” Alfred Spector, Google’s VP for research and special initiatives, told VentureBeat.

Specifically, CMU’s associate vice provost of tech strategy and impact Justine Cassell said MOOCs today generally translate to a “lecture-style presentation” with precious little interaction with teachers. She noted the learning gains are relatively modest for those students who stick with the course for its entirety. Unless MOOCs pay attention to the actual way students learn in a real classroom, e-learning stands itself a chance of becoming what she called a passing fad.

“One of the major problems about the hype with MOOCs is the potential to reach many people. We’re trying to understand what kind of problems to give students so when they work on the problems it improves the learning outcome,” Kraut said.

The initiative is broken down into three facets. The first entails using computerized processes to personalize the MOOC experience, with data-driven evaluations of students work and pinpointing subjects mastered by the individuals in question. In this case, the data pertains to individual students monitored by teachers. Secondly, researchers will seek ways to lessen the very real problem of student attrition as experts seek to personalize the “socialization” facet of education because the courses are virtual.

Data will also indicate whether a student is in danger of dropping out, and project leaders will take action accordingly to reengage in an attempt to hold their interest.

The third facet is making available course work more interactive and engaging. This area of the project is also keen to evolve with students from other cultures whose educational systems may be different from in the States.