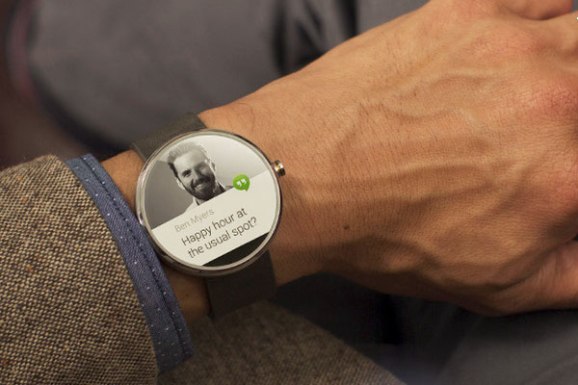 For both fitness nuts and those aspiring to be healthier, Google has the ability to build some extraordinary tools. Google has all the brain power it needs to help users finally understand what makes them thinner, stronger, and more productive.

Fitbit-like health trackers are great for those who want to count their steps, but the real determinants of health hide in the shadows of most of the other decisions we make: how long we sleep, what we eat, whether we socialize during the day and countless others decisions.

For instance, workaholic entrepreneurs who dedicate themselves to a restrictive diet may still get stuck with stubborn love handles if they don’t get enough sleep. But, the only way to know whether a lack of sleep is blocking fat loss is to have an algorithm that can combine a smart scale, sleep device, and activity tracker.

Right now, few things on the market conveniently combine data from a variety of devices, leaving tech-savvy consumers to blindly experiment their way to a sexier core.

Apple, Microsoft, and Samsung have all been working on this. And FitBit could offer those sorts of suggestions eventually, as it also offers a smart scale as part of its fitness platform.

But Google’s wearable platform, Android Wear, could easily advance a developer community that comes up with standard ways of combining different health data across devices and finds patterns in goal attainment.

There’s a huge market of people who try diets but then get fed up with a lack of results. In the near future, it might be possible to finally unearth the secret barriers to weight loss and Android Wear could capture a large part of the market.

Indeed, the benefits from automatic pattern recognition seem limitless. For instance, it turns out that resting heart rate is a great indicator of overtraining. Going to the gym too often can actually decrease performance.

We could discover things we’ve never known about fitness and weight loss with a big enough sample size. Google could, if it chooses to take health the right direction, make all this possible.

Our slothful desk-chained existence is not just terrible for our bodies; it destroys our brains, too. A series of studies have shown that employees who work upright at a walking treadmill desk are better at their job and are rated more highly by their employers.

But, Google knows. Google knows if we check our email three dozen times a day but don’t increase the numbers of emails we send. It knows if we endless search the Internet for useless crap. It also knows if a strategic mental break on YouTube will make us more productive in Google Docs.

There’s a good chance that if I go for a sweaty run in the morning, my typing speed in Google Docs also improves. So does the number of emails I send.

Only Google could send an alert reminding me to maintain a commitment to morning sprints if it knows consecutive days of slothful activity is destroying my productivity.

“You weren’t very productive today, Greg, and I noticed you haven’t worked in a while. Why not try hitting the gym tomorrow?” my Android Watch could say.

Indeed, there’s an entire cottage industry of new devices that measure a healthy mind. The Muse headband can record brainwave activity all day long, especially those associated with calm focus. The Spire waist-clip monitors breathing patterns throughout the day and alerts users to take deep breaths through stressful episodes.

But, without the ability to combine the data from all these devices, and correlate it to how we actually use computers throughout the day, we’re left to guess whether any of our self-improvements steps make a difference.

A lot of data and a few little reminders could make a big difference in our every day lives. Here’s to hoping that Google decides to open up its developer platform and let programmers put all these new health trackers to much better use. (And also, stop promoting recipes for Mountain Dew Doritos muffins).