But when it comes to company strategies for meeting future transportation needs, each firm’s approach couldn’t be more different.

Nissan is resolute on its decision to go electric. Toyota, on the other hand, believes hybrid cars and fuel cells are the way forward. And neither, according to Automotive News, is convinced by the strategy of the other.

Hybrid AND electric, for now

Notably, both manufacturers currently have hybrid and battery-electric models somewhere in their lineup.

Nissan’s electric vehicles are more prominent–it has sold the Leaf since 2010, and recently introduced the e-NV200 electric delivery van to the European market.

Toyota currently offers the RAV4 EV. Its powertrain was developed by Tesla Motors–no stranger to electric technology–but Toyota has chosen to let its contract with Tesla run out after its initial three-year period, and has no replacement on the horizon.

Its only other electric vehicle is the ‘eQ’–an electric version of the Scion iQ that isn’t officially on sale and of which only 70 have been delivered for test programs so far.

That’s rather different to its hybrid strategy, which remains at the forefront of Toyota’s lineup. 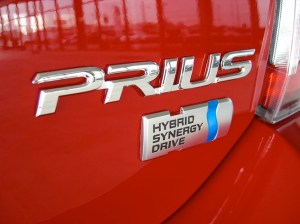 As of January, Toyota had sold over six million hybrids globally since the original Toyota Prius hit Japanese streets in 1997. It took over five years to sell even 100,000 hybrids, but since then sales have snowballed and hybrids form a significant proportion of Toyota’s sales in some markets.

Nissan puts much less emphasis on its hybrid models. The Nissan brand alone has just one on sale in the U.S.–the Pathfinder Hybrid–while Nissan’s luxury brand Infiniti offers three, in the form of the Q50, Q70 and QX60 Hybrids.

He says the company will be “the number 1 leader in zero emissions,” and that hybrid technology isn’t the answer since it “still has an exhaust pipe. It’s still emitting emissions.”

In contrast, Toyota North America CEO Jim Lentz says he would rather invest in fuel cell development “than in another 2,500 EVs”.

Instead, Toyota’s zero-emission strategy focuses on fuel-cell vehicles. The firm intends to launch its first next year, and is working on development in partnership with BMW.

This car will be sold initially in California, where it will help Toyota meet the state’s zero-emission mandate. Production begins in December, though the car’s final form hasn’t yet been revealed.

There’s little doubt that in the short term, hybrids will generate the greatest income for car companies.

IHS Automotive predicts that by 2020, hybrids will make up six percent of global vehicle sales–compared to three percent today.

Those factors will likely shift further towards EV and fuel cells’ favor over the next decade, particularly if gas prices continue to rise. But which will emerge victorious is still open to interpretation.

For the forseeable future, hybrids and pure battery-electric vehicles appear to hold the advantage though–giving both Toyota and Nissan plenty of opportunities over the coming years.