iBeacon is about to change the way Londoners shop.

Stores in London’s huge Brixton neighborhood will begin using iBeacons in conjunction with the so-called Brixton Pound, a cryptocurrency created to encourage locals to spend their cash at stores within the community. The ambitious project will launch mid-July.

Originally a paper currency, the Brixton Pound became a mobile pay-by-text service in 2011. The creators, actually three different companies in the UK, Poland, and the Czech Republic, told VentureBeat that 250 stores in Brixton have signed up. The iBeacons will be installed in the shops next week. A new app to facilitate transactions is already finished.

“When you walk into a store, and your Bluetooth is turned on, the iBeacon will send a notification to your app so that the two are synched. It’s really fast, one click and you’re done,” said Jura Ibl, a developer for Dingo, the Prague-based app maker that built the backend payment system. 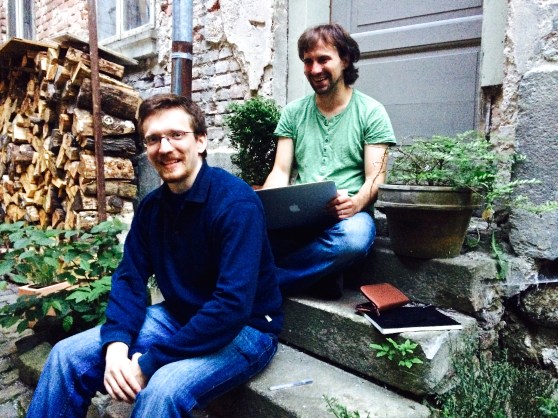 Ibl said the new mobile app provides a simple interface for using the Brixton Pound. Upon stepping into a business that accepts the cryptocurrency, the app automatically prepares a shortcut right on the lock screen of the phone. This feature will enable users to pay for everything in a few seconds, with no searching or typing.

“We have the right mixture,” Ibl said. “We have designed a functional network. Everything is ready in Brixton.”

Developed purely for iOS 8, the teams will roll out an Android app later this summer.

Ibl said iBeacon is the ideal platform to facilitate the retail experience.

“iBeacons are really helpful for payments. We connect the banking system and the user base to the app. Its simple,” he said.

iBeacon was introduced by Apple last year. Using low-energy Bluetooth 4.0, mobile devices can read the iBeacon signal and sync to apps tailored specifically for the device. In fact, the ubiquitous iBeacon is Apple’s portable, low-cost transmitter that notifies other iOS 7 devices of its presence.

iBeacon has won raves because of its low power signatures and rapidity of sending push notifications to Apple hardware like the iPhone, iPad, and even iPods. The uses for iBeacon are almost unlimited, and the technology is only now starting to gain traction thanks to forward-thinking app developers who relish the potential.

“The Brixton Pound and iBeacon is a really nice experiment. We really wanted to go further with iBeacon, and we basically created a local currency to do that,” Ibl said.

In addition to Dingo and Kontakt.io, the British startup Brixton Pound is the other player on the project.

If successful, the Brixton Pound and iBeacon experiment could portend yet another potential revenue stream for Apple and those using iBeacon. Ibl said unveiling the project in Brixton is a no-brainer because of the neighborhood’s massive retail segment that attracts shoppers from all over London.

For Ibl and his Prague-based five-member team, the project is a kickoff to bigger plans for iBeacon and their specifically tailored app.

“It’s very easy to create a network of payment stations with iBeacon,” he said. “There are no hassles.”