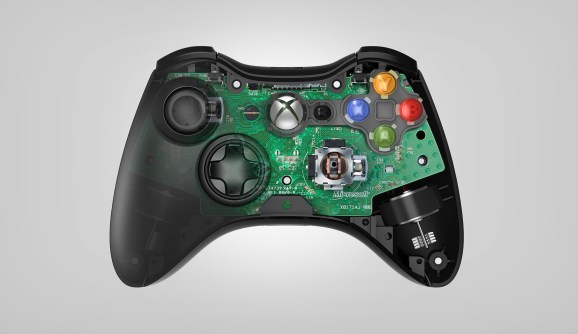 Facebook’s Oculus VR is spending some cash to get a company that is great at building products people love.

The virtual-reality company now owns Carbon Design Group, which is best known for creating the Xbox 360 controller. Oculus announced the acquisition on its company blog earlier today and revealed that the two companies have actually spent the last year working together on “multiple unannounced projects.”

Oculus is still in the testing and development phase of releasing its Rift VR headset, but it is working toward releasing a consumer version later this year or in early 2015. It’s possible that Carbon may help Facebook’s VR firm come up with a comfortable, attractive casing for that retail product. The Rift will also still require input from other devices, and Carbon may help devise a new type of controller (or maybe even something else) that will enable VR gamers to move around their digital environments.

We’ve reached out to Oculus to determine the specifics of the deal. We’ll update with any new information.

“As part of the deal, the team will officially become a key component of the product-engineering group at Oculus, operating from the Carbon studio in the Seattle area,” reads the announcement. “They’ll also be working closely with the Oculus R&D team based out of Redmond [, Wash.].”

In addition to the Xbox 360 controller, Carbon was also instrumental in designing the look of the original Kinect motion-sensing camera for Xbox 360. The company has worked in consumer, industrial, and medical product design for 20 years, and now it is putting that expertise toward making virtual reality viable for consumers.

“From a design and engineering perspective, building the products that finally deliver consumer virtual reality is one of the most interesting and challenging problem sets ever,” Carbon creative director Peter Bristol said in a statement. “This is an entirely open product category. With consumer VR at its inception, the physical architectures are still unknown, and we’re on the cutting edge of defining how virtual reality looks, feels, and functions.”

Oculus VR is selling a revised development-kit version of its Oculus Rift headset for $350. In March, Facebook acquired the VR startup for $2 billion. Facebook founder Mark Zuckerberg said he wanted his company to get on the forefront of the next major computing platform after PC and mobile.