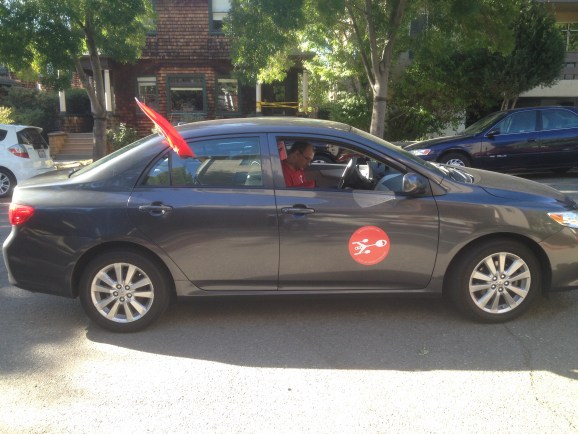 SpoonRocket, a startup that delivers food to people’s houses in a few cities, has just hired a data scientist, Arif Ali. His work will help guide the company’s expansion to other cities on the west coast.

“It’s definitely one of those things we are trying to be ahead of the game to maintain our advantage,” said SpoonRocket co-founder Anson Tsui in an interview with VentureBeat. “Without a data scientist, you are basically driving blind.”

The startup is one of many that has brought data scientists aboard lately. Others include Lyft and Yplan. Different startups, social media companies, and enterprises have different goals in mind when they hire data scientists. Generally speaking, though, the idea is to observe trends in products and suggest changes that can result in the better outcomes.

According to Tsui, data science is important for SpoonRocket in three ways.

SpoonRocket uses data science to better analyze its customer behavior and order pattern so as to increase retention rate and to drive user growth.

Forecasting demand, estimating wait time, and routing — in the sense of how to drive efficiently and effectively — are the things SpoonRocket is doing with data science, Tsui said.

“We are actually very much a logistic company, now we are just food,” said Tsui. “There’s a lot of advanced stuff in the background to be able to deliver in 10 minutes.”

“We are looking at a couple places right now. This is where really Arif comes into play, to really figure out what will be the smartest next step,” said Tsui. “Because obviously, as a company I can be in a lot of different cities, but it’s most important to prioritize, to figure out which city is gonna be the most impactful for our business.”

Los Angeles, San Diego, Houston, and Seattle are all on SpoonRocket’s radar. “We are definitely looking at a couple of the cities on the west coast,” said Tsui. “We haven’t made the decision yet, but it’s definitely something we are working on.”

As for Ali, he just graduated from University of California, Berkeley, with a bachelor’s degree in statistics.

Spoonrocket, based in Berkeley, Calif., announced last month that it had taken on $11 million in venture funding.