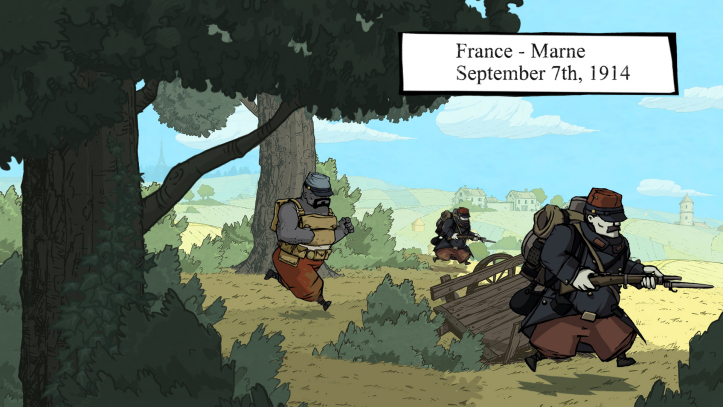 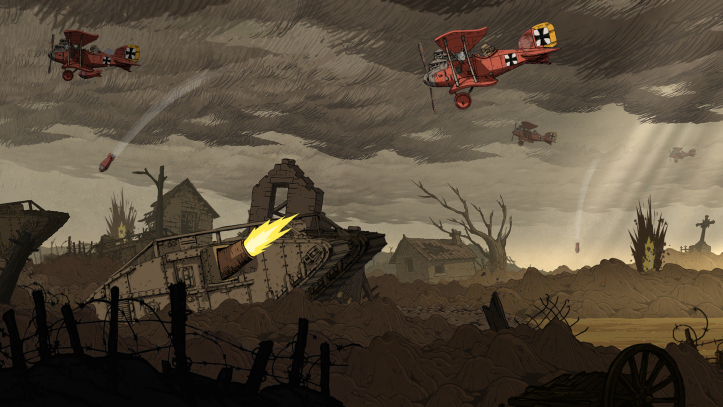 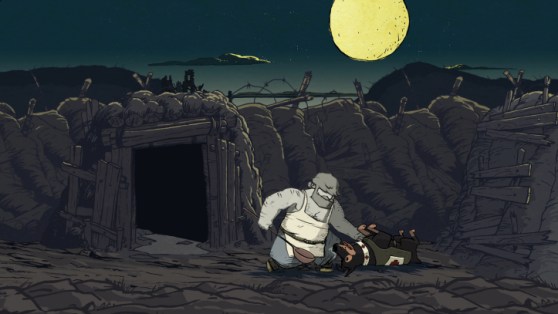 Carrier pigeons to the rescue

If you find yourself stuck on one of Valiant Heart’s puzzles — which I did more than once — you’ll be glad to know that the hint system is among the best I’ve seen in a game. It provides step-by-step clues by presenting screenshots with parts of the images circled in red. You won’t deal with obscure “answers,” hassle, or guesswork. Plus, you can only unlock a clue every couple of minutes, which encourages players to actually try figuring the solution out on their own first. 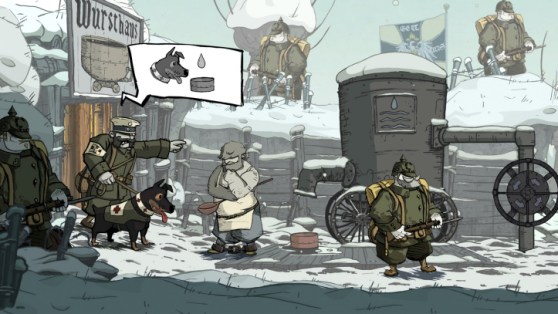 Above: Progressing often involves learning which items people want and acquiring them to trade for something you need. But gameplay doesn’t rely solely on this barter mechanic.

While the puzzles can be challenging, they won’t keep you from progressing for long, which helps keeps the flow of the story moving.

For the first hour, I hated Valiant Hearts. The puzzles felt clunky, and the pacing wasn’t smooth. Most of that awkwardness comes from its ham-fisted narration. During cutscenes, a voiceover that sounds straight out of a History Channel documentary explains the events happening and how the characters feel about them. “Driven by compassion,” it would tell me, “Anna devoted herself, body and soul, to healing the sick and wounded. The conflict, however, raged on.” Thanks, Narrator. I kind of got that already.

The delivery is not only overly dramatic but also at odds with the organic storytelling of the game. The characters communicate through speech bubbles with pictures and nonsensical mumbling, not lines of dialogue, so the sudden presence of narration is strange. Thankfully, the developer cut down on these interruptions as the story went on.

While I understand Ubisoft’s need to relay historical context, it already offers that to players through archives of facts, diary entries, and collectible war memorabilia. The visuals and action are much more effective in conveying the gravity of the war. 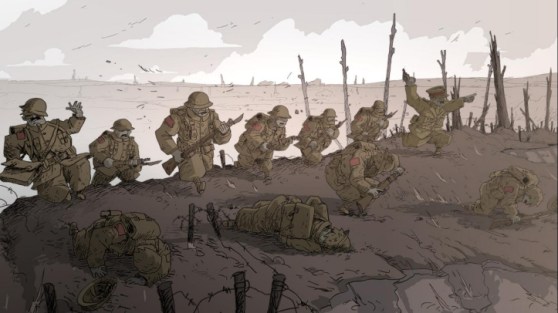 Above: Valiant Hearts shows that in war, surviving is often a matter of luck.

What makes the medic, Anna, particularly awesome is her reckless driving. She’s damn good at it. In one scene, you have to steer left and right at full speed, dodging falling cannons to the rhythm and music of a classical war tune. It’s ridiculous and fun.

Well, it’s great until Ubisoft reuses this concept a second and third time. Granted, the final sequence feels different — it’s more of a showdown with a buffed-up tank — but none of the other challenges in the game feel this recycled. Once is memorable. Three times is a failed grasp to re-create the same thrill.

You play as Emile and Freddie a lot, and they become best buds. The other two characters, Karl and Anna, enjoy much less screen time. At least with Karl, it makes sense. He’s fighting on the German side, unwillingly pitted against his father-in-law and the French troops. From a story perspective, it’s interesting to withhold his side of the story for last. 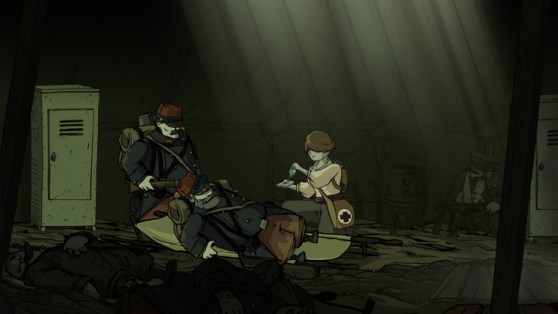 Above: Anna might remove a bullet or saw off a limb, but completing the task feels the same each time.

Ubisoft has less of an excuse for neglecting Anna. She’s introduced early on, but you don’t get to play as her right away. When you do, most of what you’ll do is heal people — the same rhythm minigame over and over, a quick-time event where you press different arrow keys as pulse blips scroll by on a bloody bandage. And then it’s back to Emile and Freddie. That’s it. When you finally do get another chance to play as her, it’s only for a short scene.

The developer simply devoted more time to fleshing out Emile’s and Freddie’s personalities, and that’s a shame.

I’ve never been much of a history buff, but maybe I would be if more games like Valiant Hearts: The Great War existed. Between the artistic backdrops and the soldierly tasks you commit, both right and wrong, Ubisoft Montpellier retells the events of World War I in amazing detail. Yet, the story is always about the people on the frontlines and what they endured, not the politics.

That Ubisoft is also able to balance a lighthearted cartoon style with the violence of war is a testament to the excellent visual storytelling.

Valiant Hearts: The Great War released June 25, 2014 for PC, Xbox One, PS4, PS3, and Xbox 360, and September 3, 2014 for iOS. The publisher provided GamesBeat with a digital code for PC for the purposes of this review.