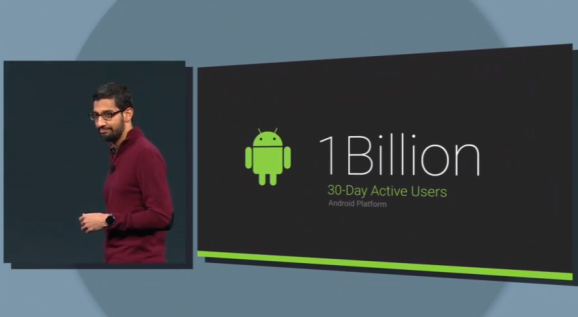 This is not just a count of devices sold: These are people who have actively used an Android device within the last 30 days.

The number of monthly active Android users has doubled every year, Google said.

In addition, Google noted that Android users send over 20 billion text messages each and every day.

They also take around 93 million selfies every day.

And, thanks to fitness-tracking features within Android, we know that they take about 1.5 trillion steps per day. With an average step length of about 2 feet, that’s about 914 million kilometers — or more than enough to walk from the Earth to Jupiter. 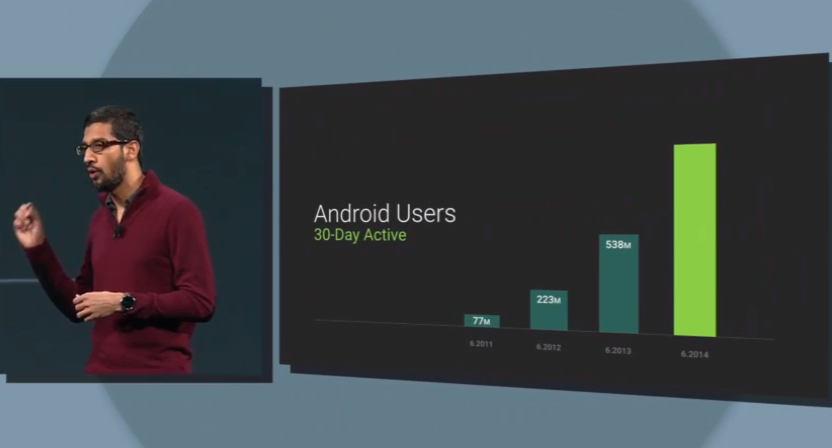