Today at its I/O developers conference, Google announced a developer preview version of Android L, its next big Android update. And no, we still don’t know what that “L” stands for (although current rumors seem to point to “Lollipop”, keeping with Google’s obsession with sweets). 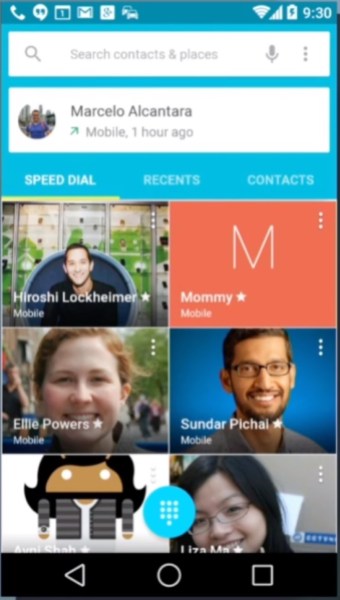 Above: An early look at the Android L

In addition to Android, Google will use the design across Chrome and all of Google’s services.

“We challenged ourselves to create a design that was not just for Android phones and tablets,” said Matias Duarte, head of Android user experience, on stage today.

Mobile web developers will also be able to take advantage of material design elements on their web apps with Polymer, a library for web design elements that Google launched last year.

Android L will also run apps on a new “ART” runtime, which replaces the Dalvik virtual machine Android previously relied on. ART will allow apps to run faster and smoother, and it’s compatible with every kind of processor, including ARM, x86, and MIPS chips. It’s also built to take advantage of 64-bit chips.

“We aren’t building a vertically integrated product — what we are doing is building an open platform at scale,” said Sundar Pichai, Google’s head of Android and Chrome, trying to explain why major Android updates take so long to come out.

Pichai also pointed out that Google Play Services, which powers the app store and other services, gets updated every six weeks. More than 93% of Android users are on the latest version of Play Services.