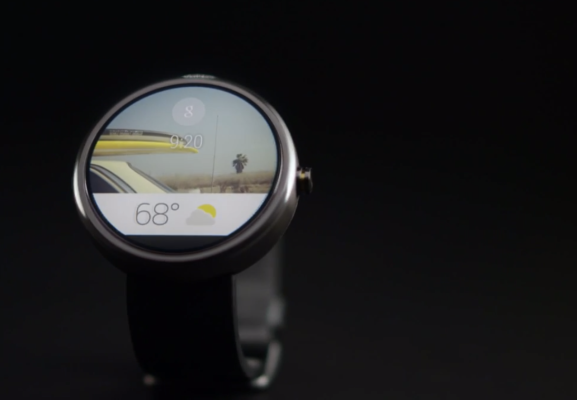 SAN FRANCISCO — Google rolled out its Android Wear operating system today at Google I/O, and demonstrated some of the key features, which are still being developed.

But companies that aren’t making smartwatches can still get in on the action by creating Wear apps.

For example, the car service Lyft has an app that nicely demonstrates what Wear can do on smartwatches.

The user can order the car on the screen by saying “order car,” then by swiping through the screens on the app they can see who the driver is and where they are on a map. Later, the app can be used to pay and even rate the driver.

Another app, Eat24, allows the wearer to order a pizza and even pay using voice control and screen swipes.

The watch can display phone calls being recieved on the user’s Android phone, then give the wearer an option to skip the call, or to send and SMS saying “I’ll call you back.”

The Wear OS also supports some limited health applications. It contains an accelerometer that counts steps. In watches that have sensors, Wear can measure the heart rate of the user.

Wear watches are particularly good with Google Maps when walking. You can see where you are on the map, find where you want to go, and get directions.

Android Wear also allows users to play music on other devices like phones. The watch presents the user with a set of controls for playing, pausing, and moving between tracks. A small set of information on the music is also presented.