The Android Gear OS is organized by “cards” for messages, reminders, and other functions. The demo watches loaded with a preset group of cards; the whole OS was not available. But I’ll show you some of the cards users will use most.

Below, you’ll see one of the optional home screens on the Samsung Wear Live, a Rolex-style analog watch design. 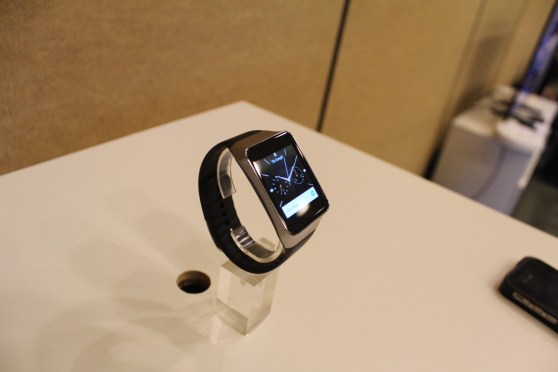 The compass function in the watch can keep you oriented on a hike. Unfortunately the Gear Live contains to GPS radio, so it can’t map your routes. 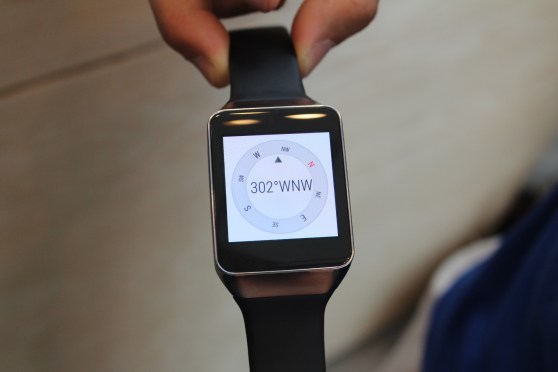 The sensor on the back of the watch senses heart rate and displays it on the watch or on another Android device. The line of five copper contact points just above the sensor is where the watch connects with its charger. 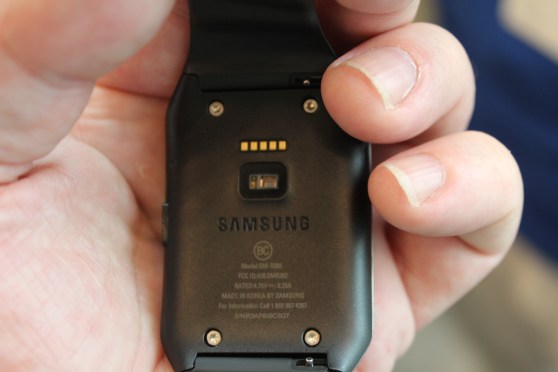 The Gear Live displays your heart rate, and logs the results of multiple measurements. 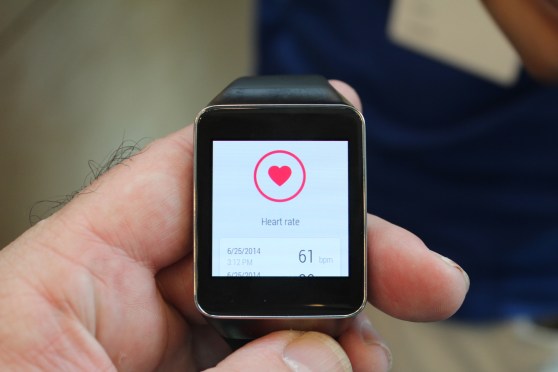 Using the accelerometer, the watch counts and graphs your steps throughout the day. 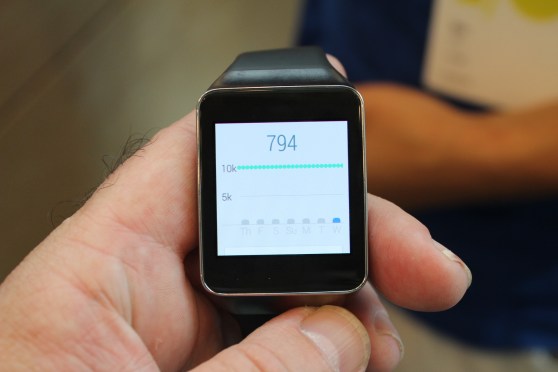 The right side of the Gear Live has a single button that wakes up the phone from low-power mode. That’s all it does. 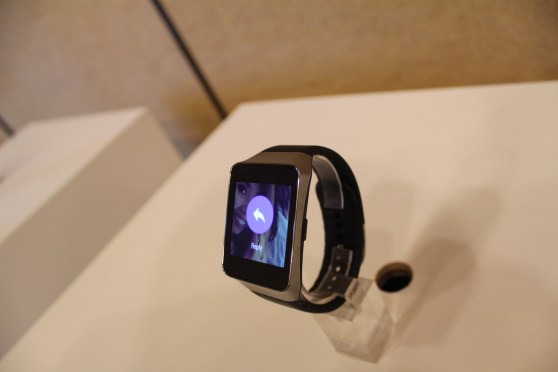 The calendar in Android Wear sets calendar entries and sends reminders on your wrist.

A music player in Android Wear controls music on your phone and other Android devices. You can shuffle through songs and get a limited amount of metadata on the music.

Gear Live also presents travel information like the status of a flight or reminder about a hotel reservation. 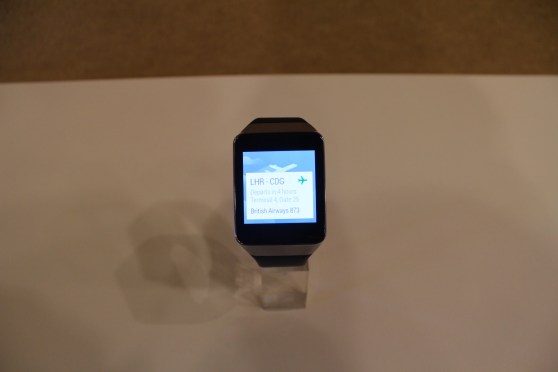 The accelerometer inside the watch counts the user’s steps and reports them on the screen. There’s also a sensor on the underside of the watch that can track heart rate. 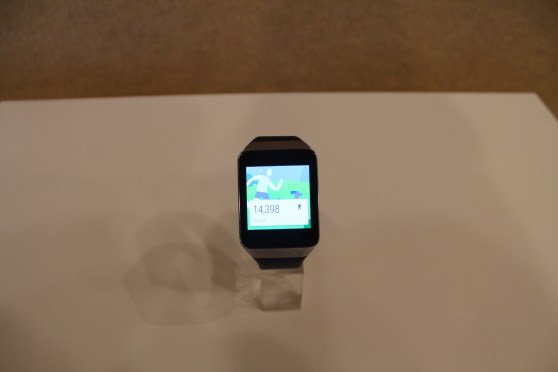 The watch lets you get instant messages and notifications on your wrist. You can dismiss them or respond by voice.