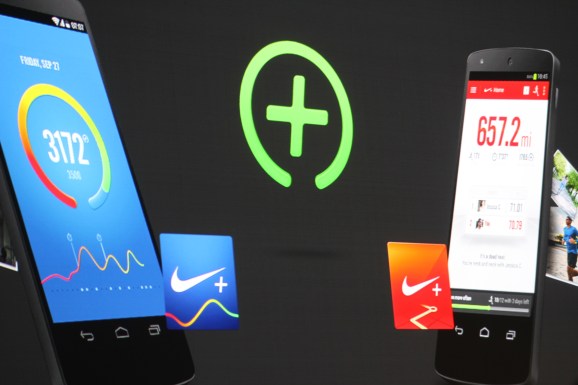 Google announced its Google Fit health platform at Google I/O on Wednesday, and while the overall response was good, some in the healthcare world question whether Google Fit will ultimately do much to improve the health of Americans.

Even if the platform aggregates lots of fitness and biometrics data, the question is whether Google will be able to do something meaningful with the data.

“The general population wants their data to be collected passively, interpreted by someone else, and fed back to them in the form of actionable insights,” Dr. Molly Maloof, MD, an expert in digital health technology, told VentureBeat via email.

“But as we have seen with Google Flu trends, sometimes the data scientists interpret information inaccurately.”

It’s not hard to see why Google and Apple are attracted to consumer health data and devices.

“In fact, new entrants such as wearable makers are carving paths into a fitness and wellness market worth $267 billion in the U.S. annually — representing an easy entry point to the wider and more complex healthcare market,” Kauffman said.

The clinical value of the data

One of the hopes for health platforms like Google Fit is that healthcare professionals could use the data they collect to help keep consumers well — before they become patients. But some question whether the kinds of data that will be collected can be of much use to doctors.

“Trackers and other wearable devices can be valuable to consumers, but they only address the tip of the iceberg when it comes to what technology can do to transform healthcare,” Howard said in a note to VentureBeat. “Real change will come when patients, doctors, and actionable health data can be found in the same place — that’s when it will get super exciting.”

A good deal for developers

If people on the healthcare side aren’t yet feeling good about Google Fit, developers may have reason to.

Mio Global CEO Liz Dickinson told VentureBeat that Google will radically simplify things for developers trying to build health apps for Android. Mio Global makes a heart rate tracking app. Google invited Dickinson and her company to be one of the first apps to integrate with the Google Fit platform.

She explains that apps built with the Google Fit API will work on all Android devices, so developers won’t have to build multiple versions of their health app for each Android version.

“A lot of the app development so far has been done in iOS because you just have to build one app,” Dickinson told VentureBeat. “It’s been hard to have consistent device support on the Android side because of the stratification [of Android].”

Google Fit uses an open architecture to create something like an open transport layer that lays over all types of Android devices, Dickinson says.

So apps built with the Google Fit API will be able to easily share biometrics and fitness data with other apps and devices, through the platform.

This may make a big difference, because it might make health app developers feel a lot better about developing for Android. It should also let consumers move their health data around easily.

For instance, a person could track their steps with one app, their diet with another, and their heart rate with another, then port it all out to yet another app for analysis.