Update June 28: Urs Hölzle was on stage during the second protest, not Greg Demichillie.

Smack in the middle of Google’s annual developer conference, a protestor interrupted the keynote.

She held up a sign alleging that Google employee Jack Halprin was responsible for kicking her out of her home.

Protestors have accused Halprin, a senior legal exec with the company, of evicting six tenants from a property he acquired in San Francisco’s rapidly-gentrifying Mission district. Two were local teachers. In April, protestors demonstrated in front of Halprin’s home.

In an awkward nod to the protestor, Google’s Dave Burke said Android’s new “Battery Saver” is “great for when you’re taking a hike, or during a long protest.”

Here’s another look at the protestor, before she was escorted outside: 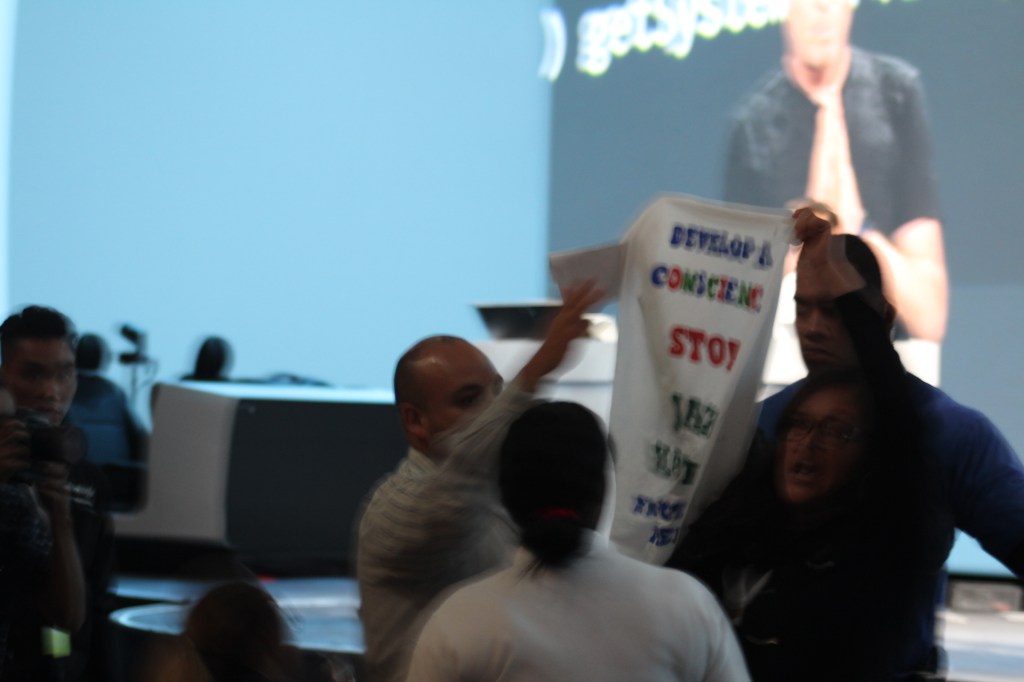 In addition to affordable housing demonstrations, Google’s conference may face another demonstration from Occupy Google. The organization tweeted that it has a rally planned for 12 p.m. PT today, just outside the Google I/O conference. Occupy Google wants to hold Google accountable for ensuring net neutrality and “internet freedom.”

“That is an undeniable fact,” the protestor shouted, before being escorted from the conference center. 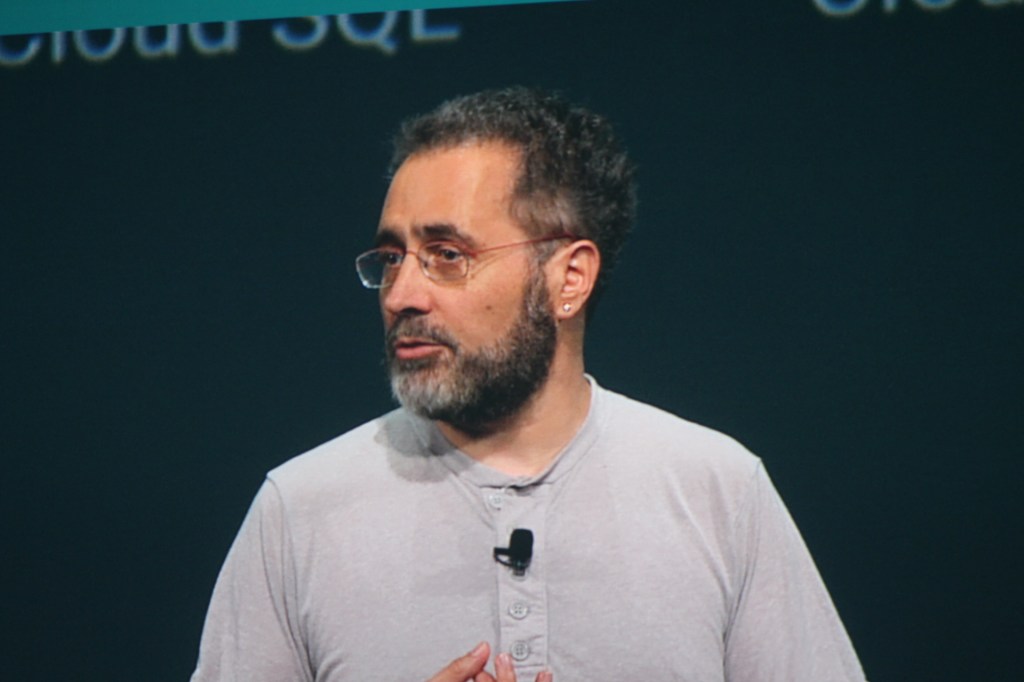