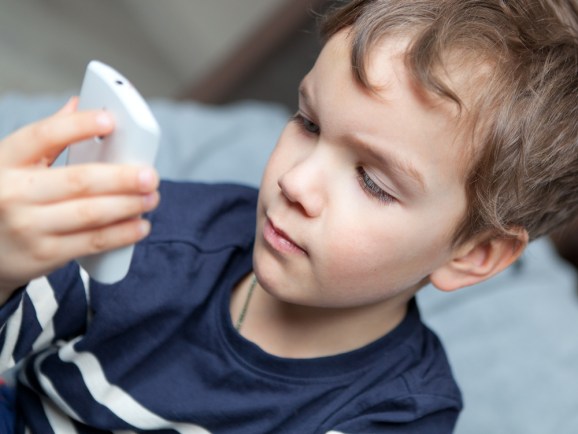 Brace yourself: you’re now able to immediately bust through language barriers without the use of a tricorder or a TARDIS.

Muuzii allows North American users to translate words and phrases from different languages within seconds using their mobile phones. It’s not an app, and you don’t have to own a smartphone to use it.

Muuzii offers two services. With Muuzii Message, you can quickly tap out a text message of whatever you want to communicate, send it off, and get a message back instantly that has an accurate translation of what you said in either English, Spanish, or Chinese.

Muuzii Speak, on the other hand (which you will need a smartphone for), allows you to record whatever phrase you want to say and get the correct conversational translation right then and there. It’s kind of like a multilingual Shazam, but without the music part.

So what makes it better than apps that do something similar?

“Muuzii marries man and machine to produce superior translation results,” Eric Fang, Founder and CEO of Muuzii said in an interview with VentureBeat.

Unlike the wealth of mobile translation options flooding app stores, Muuzii isn’t dependent on dictionaries that are restricted to a finite number of words.

In fact, a team of flesh-and-blood linguists stand by to review each translation prompt as soon as you send them off in real-time. Each team member makes sure that the response is not only accurate, but also the best way to get your message across. If the human translators think there might be a better way to phrase it, they’ll train the database to choose their preferred option next time it encounters a similar request.

So, when you find yourself in a sticky linguistic situation, you won’t deal with the awkwardness that the limitations of app technology create.

“If there’s not a particular word or phrase in an app, the conversation ends. With Muuzii, it continues,” said Cindy Davis, Muuzii’s marketing chief, in a chat with VentureBeat.

I would also consider Muuzii game-changer because, since it’s not an app, it’s likely more of a business opportunity.

“Carriers don’t earn any revenue from apps. Because we are a value-added subscription service, not an app, we diversify AT&T’s sources of revenue,” said Fang.

“Our initial focus on the Spanish-speaking market helps AT&T improve their value to the Hispanic community, which may translate into greater market share.”

On the other hand, the fact that Muuzii isn’t an app is also turning out to be it’s own challenge when it comes to consumer outreach and expectations.

“Everyone knows how to buy and download an app. We have all somehow forgotten the time when you would buy a new ringtone or music for your phone and the cost would show up on your bill,” Fang adds. “We seem to be going ‘back to the future.’”

Nevertheless, Muuzii has a solid history of wild success in China, dating all the way back to its launch in 2009 on China Mobile. The service became an overnight phenomenon, earning 1.2 million subscribers in only eight months, completing a two-month scalability test in 2010 that resulted in another 5 million, and winning three separate innovation awards from China Mobile in 2009, 2010, and 2011.

Muuzii is currently available by subscription on the AT&T wireless network and will expand to other North and South American carriers in the coming months. The company also expects to add new languages when the next round of capital comes in.

In the meantime, feel free to participate in their free trial until July 15. It’s available on all devices across every network. Text any word or phrase you want translated with #copa added at the beginning to “9-5-9-9-7” and you’ll get a fresh translation of it sent back courtesy of Muuzii.

Stephen Harber is a Bay-Area tech and UX blogger.