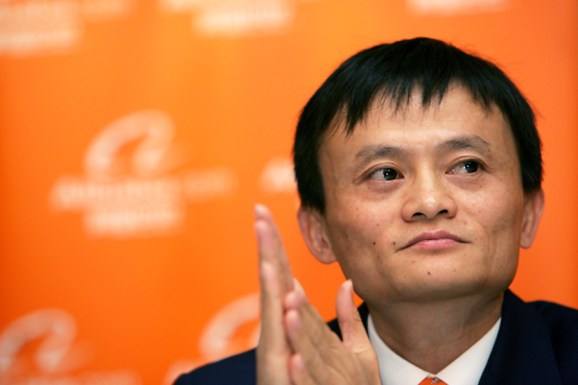 That’s a major blow to Nasdaq, which boasts Facebook’s stock among its tech listings, but which hosted fewer tech IPOs than the NYSE in 2013, ending its 19-year streak as the top exchange for U.S. tech IPOs.

Quite a few major tech companies snubbed Nasdaq in favor of the NYSE over the past year, including Twitter, Candy Crush maker King, and health-focused tech firm IMS Health.

And now there’s Alibaba, which is valued at around $168 billion, according to a survey of analysts in April. If it sells off a roughly 12 percent stake in the company, as Bloomberg‘s sources expect, it could raise as much as $20 billion. That would make it the largest IPO in history, ahead of Facebook ($16 billion), Visa ($17.9 billion), NTT Mobile Communications ($18.4 billion), and the Agricultural Bank of China ($19.2 billion).

Alibaba is often compared to Amazon, but with so many working parts, it also resembles sections of PayPal and Google. Even as the company branches out into sectors like cloud computing, the biggest slice of its revenue still comes from purchase commissions and advertising. It generated a massive $3.76 billion in net income in fiscal year 2014, according to the revised filing, with revenue in that period amounting to $8.45 billion. Total gross merchandise traded on Alibaba last year was $270 billion, according to research firm IDC, more than double Amazon’s total of around $100 billion.

Alibaba intends to go public in early August, though that timing could still change. It plans to list under the ticker BABA.