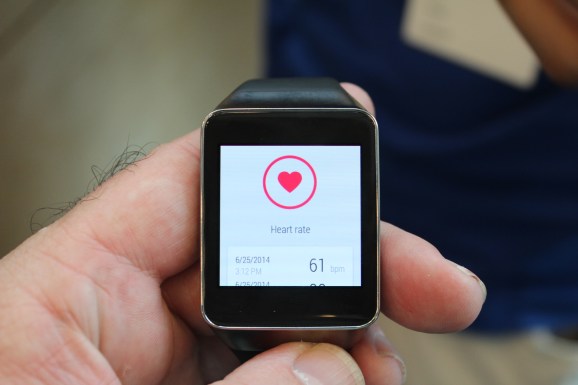 SAN FRANCISCO — A Google employee demo-ing the new Samsung Gear Live smartwatch for me yesterday tried to disabuse me of the notion that smartwatches can do things on their own.

When I asked him to wake up the watch and make it do some tricks, he said, “Try not to think of it that way.”

Listening to Google’s developers talking about Android Wear it soon becomes obvious that Android-powered wearables are not meant to act like the Dick Tracy watch.

Android Wear development team member Justin Koh told developers that the smartwatch is meant only as a “remote control” for Android phones. It is not meant to function with the same kind of autonomy that smartphones do.

Android Wear, in fact, relies on the phone it’s paired with to send and receive information. Wear is simply a bolted-on part of Android that developers can use to extend certain functions of the phone to a wearable.

“You can think about the your phone as the brain that connects with other devices like smartwatches and Android Auto,” said Austin Robison of Google’s Android Wear team.

Robison also said that the Wear team has been working closely with the Google Glass team, and that Android Wear notifications can already be sent to Google Glass units.

Google has said that Android Wear is meant to liberate users from their phones — to allow users to get information in a more human way. The problem is, a Wear-powered device is almost useless when it’s outside the short range of its Bluetooth connection to the phone.

So, for example, if you wanted to go for a run and leave your phone at home, you would not be able to send or receive notifications — or anything else — from your smartwatch.