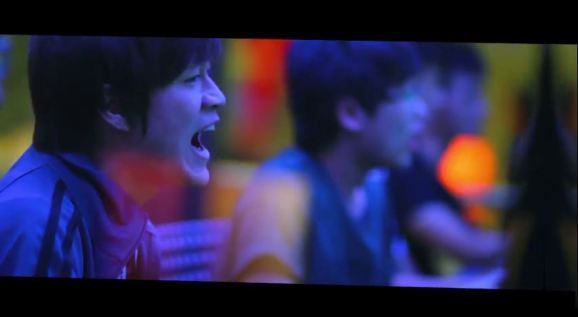 Professional Dota 2 player HYHY in the documentary 'Free to Play' about the competitive scene.

The stakes are getting enormous for The International.

The prize pool for publisher Valve’s upcoming Dota 2 tournament is now $10 million, and it’s still growing. That makes The International 4 bigger in terms of total payout than the Players’ Championship golf event on the PGA Tour, which paid $10 million in prize money this year. Running July 18 to July 21, The International will have the best teams in the world fighting it out in the action-strategy game. The winner will take the biggest chunk of the prize money, which will likely come out to more than $5 million. This is easily the biggest award in competitive-gaming history, and fans are helping to grow it larger every day by purchasing an item that will net them rewards for watching the e-sports event.

Valve started The International 4 with a prize pool of $1.6 million. That is already a respectable figure, but Dota 2 fans have pushed that number over $10 million by buying The Compendium, which is like an interactive sports program that gives background on the pros. The Compendium also enables fans to choose their favorite teams and make guesses on who will win. Watching The International with The Compendium will help fans earn new in-game goods like chat emoticons, new music, and more. To help raise the stakes, Valve takes $2.50 from each Compendium sold and puts it toward the prize pool. The entirety of the Tournament’s purse comes from Valve and Compendium sales.

The International is just a few weeks away, so the prize pool may balloon before the action gets started.

When The International 4 starts in July, fans can catch the matches live on the video-streaming site Twitch or through the Dota 2 client itself. Millions watched last year’s event, and this year’s will likely attract an even larger audience.

Dota 2 is one of the top e-sports games right now. It is second in viewership and participation only to developer Riot Games’ League of Legends, which is also a multiplayer online arena battler. While that game has millions of players and viewers, Riot hasn’t implemented a similar crowdfunding element to its tournaments. That has kept the prize pools for the League of Legend’s Championships relatively small at around $2 million.