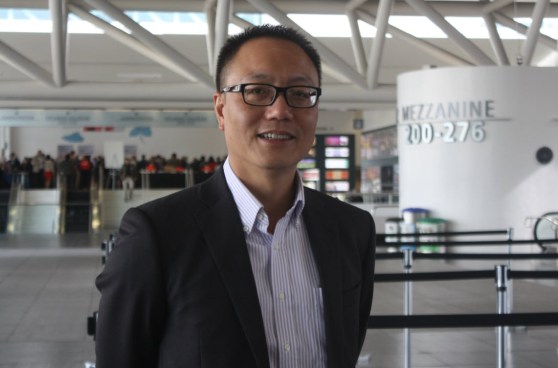 Robert Xiao, chief executive of China’s Perfect World, said, “We’re not limiting ourselves to only Chinese types of games. In China, we do try to utilize a lot of specifically Chinese fantasy and historical-driven games, but at the same time we’re exploring different kinds of graphical expression, especially using more western types of characters. We’re trying to create a more global sense around our products. We’re aiming to create products that aren’t only limited to China. We want to export them to every corner of the world.”

Frank Gibeau, executive vice president of mobile games at Electronic Arts, said, “We’re marshaling a new assault on the mobile business from Electronic Arts, going forward. We have some powerful competitive advantages, and we’ve got some things we can do better. The big brands, the intellectual property, the production values, the technology, the creative talent, I think we’re in good shape there. What we’ve needed to master and we’re getting in position to be able to do is the science of live services, being able to engage customers and sustain that relationship over long periods of time.”

He added, “As you know, in the live services business, it’s kind of a combination of art and science. While EA’s been good at the art, we haven’t always been good at the science. When we transitioned from feature phones that were premium, we were in good shape there. The transition to smart devices and freemium live services was something we had to learn from scratch, like a lot of other people. That’s what we’ve been doing over the last period of time. I feel like we’ve come through that. Now it’s about going on offense and creating some spectacular games.”

Yves Guillemot, CEO of Ubisoft, said making next-generation games is always tough. He said, “It’s harder, because there are so many things to do, so many possibilities. We saw that when we launched Watch Dogs. To make sure the mobile works with the seamless multiplayer, with all the things we’re bringing, it’s more complex. It’s always on. There are lots of things to check and control. We didn’t do a beta on Watch Dogs, for example, and so it took us a certain amount of time to make everything work. We’re also at the very beginning. Starting next year, things should go smoother. We’re not expecting every game to take longer to make. It’s not as complex, I would say, as the jump to PS3. PS3 was extremely difficult to develop on when it came. All our teams had been on Xbox, and they had to learn how to develop for PS3, which was quite difficult at the time.”

Peter Moore, chief operating officer of Electronic Arts, talked about putting players first. He said, “I don’t know about “get back,” but continue to listen and take input from players at a higher level. We’ve always done that, but I think the tools and the desire from the player community is stronger than ever. Our ability to listen and implement feedback, in particular on some of our longer lead time games that are two or three years in development, has never been more front and center for us as far as what we need to do.”

And he added, “We did it with Battlefield Hardline. We have a group called the Game Changers, who are linked to just about every franchise in the company. These are core gamers who understand the genre, who are articulate, who can give feedback, who have played either that particular franchise or the genre as a whole for many years. We can get good, meaningful, actionable feedback in a timely way. Usually around alpha. As you get to beta, it’s more difficult. You get feature complete. But if you can get them in early on a playable version of the game, listen to them playing, get some feedback from them, we’re doing that. We’re doing that all across the company. It’s a great bunch. In the last couple of years, we’re getting them in earlier and giving them playable builds. Typically they have to come on campus to do that. And we listen to them and talk to them afterward. There’s a greater focus on what we call “player first.”

Sony’s Scott Rohde, head of game studios in North America, commented on the rise of indies. He said, “We have great relationships with indies out there. We love working with them. They love working with PlayStation. We embrace that, totally. The guys you know, like Adam and Nick Suttner and Shahid over in Europe, they’re out there with arms open wide, embracing every indie at every show they can go to. There’s a genuine love for the games. That could spill into free-to-play. It’s already a big part of PlayStation on all three platforms. I expect that to continue. It’s fun for all of us. The most amazing example of that from the show last night is No Man’s Sky. I am completely blown away by that game. To go from Joe Danger to that is an amazing transformation. That’s a team of four guys making that game. I hope you were blown away too. You just look at it and you’re mesmerized. It seems like it goes on forever.”