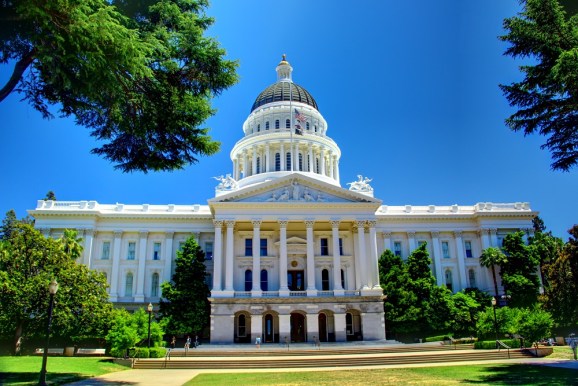 Left unchanged, a bill sitting in the California State Senate threatens the business models of ridesharing startups like Uber, Lyft, and Sidecar.

This week, the California State Senate’s insurance committee passed bill AB 2293, a measure to require “transportation network companies” such as Uber to insure drivers as soon as they turn on their ridesharing app of choice. Currently, Uber and similar startups offer drivers commercial insurance when their app is on and someone has accepted a ride — the coverage then generally lasts until the rider exits the car their destination.

If AB 2293 passes through the state’s Appropriations Committee and becomes law, taxi industry leaders will flood newswires with victory cheers. To them, startups like Uber should be required to provide full-time, primary commercial auto liability insurance coverage, just like traditional taxis.

But Uber considers these additional state requirements “unnecessary,” a company spokesperson told VentureBeat by phone. Uber says the bill undermines what it means to be actively “engaged in ridesharing.”

And Uber has a point.

Because firms like Uber play host to part-time drivers, and because these drivers often leave their smartphones on regardless of their intentions to drive for professional or personal reasons, it’s hard to determine when commercial use begins and ends.

This debate is far from new; it’s the subject of numerous lawsuits and state insurance agency warnings, and it is a key talking point among Uber’s opposition.

Siding with Uber, a Sidecar spokesperson called the requirements “excessively high.” Sidecar tells VentureBeat that it shares “the Senate Committee’s goal of consumer safety,” but it finds “the amended [Assemblymember Susan] Bonilla [D-Concord] bill requirement of $750,000 for the time period when the app is turned on but no rider is in the driver’s car excessively high because it is more than 20 times higher than what is required of taxi and livery services. Sidecar’s drivers drive their own personal vehicles, and it’s clear there is less risk when there is not yet a passenger in the car.”

Chief Uber competitor Lyft echoed a similar sentiment in a statement to VentureBeat. “The committee’s action yesterday was a disappointing setback for the ridesharing movement in California,” a Lyft spokesperson said. “Lyft has set the highest standard in safety and we have worked to increase transportation safety by establishing unprecedented background check and driving record standards, creating accountability and trust through in-app feedback and pioneering first-of-its-kind insurance protection to cover both drivers and passengers.” More, from Lyft:

Instead of advancing common-sense regulations, the bill that passed the committee today forces innovative new models into a one-sized-fits-all regulatory structure with no basis in fact, all without increasing public safety. We will continue to work with all stakeholders to bring about a positive resolution that improves transportation access, safety and affordability for California residents.

As AB 2293 progresses, we expect all three startups to lobby for changes.