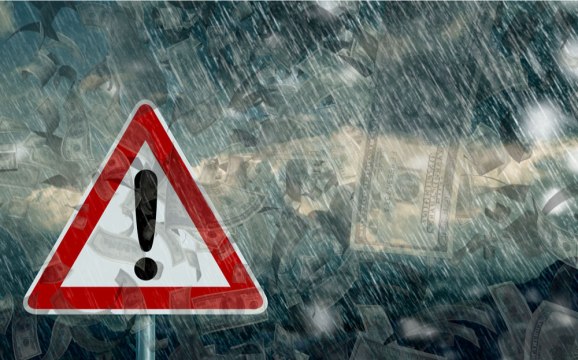 For years, all of us in digital media bemoaned the fact that you couldn’t raise money from venture capitalists (VCs) for the endeavor. Now, all of a sudden, there is a kindling of interest in media companies among VCs — far too little yet to be called a frenzy or a bubble, but far more than we have seen in years.

Between recent multimillion dollar rounds from Buzzfeed, PandoDaily, Business Insider, Vox, and Vice, it seems VCs have recognized the potential for media as an investment. And yet, will the sudden attraction have a happy ending? It is highly likely that the union of VC and media will be like two good people in an unhappy marriage. Both parties may be delightful, wonderful people with many excellent qualities, but ill-suited to one another — and perhaps, as such, destined for a nasty divorce.

The recent State of the News Media from Pew Research reported record levels for investment in the future of news and journalism. And yet, as the report itself suggested, that investment was a drop in the bucket of current journalism funding, and a tiny fraction of what is invested in other sectors.

While a few hundred million sounds like a lot, it is a pittance — and under the current structure of investment in media, it’s going to stay that way.

To be clear, we aren’t talking about investments in technology companies. A large number of so-called “media” labs and venture funds focus on companies that are not actually media — there is no content-producing component within them. They supply the technology and the supporting systems of media. The inaugural startup class from Matter, the media-centric incubator with funding from the Knight Foundation, was exclusively focused on tech tools. Likewise with Timespace, the New York Times’ accelerator, and Turner Broadcasting’s Media Camp.

There are a variety of structural reasons why media, though it may be a very good business, is poorly optimized for the current state of venture funding. Media companies, especially startups, should beware of the expectations that come from the usual investors that have suddenly turned in their direction. And VCs need to better understand the unique nature of the media and gauging the returns on their investment.

In essence, while there is a very good model for professionally content-producing media, it is maladapted to the current VC model. Here’s why:

It costs too much money up front

The minimum viable product for a media company has way more human bodies in it at the beginning than the typical tech startup comprising 5 guys in the proverbial garage (read: industrial-chic coworking space with ‘free’ beer in the kitchen). Great content requires great writers, editors, and producers. You’re writing much bigger checks on day 1, and you don’t have the same opportunity to validate as cheaply.

It scales, but only to a point

There is a wide-ranging belief that the need for human talent on a daily basis means you’re on a cost “treadmill.” The underlying issue here isn’t really about talent—all businesses require talent — the issue is that the shelf life of the product is often days. In a tech company, what the talent produces stays fresh for 18 to 24 months. But near-term sell-by date on the media’s product doesn’t mean the business doesn’t scale. And media scales just fine — as many companies show, viz. Buzzfeed or even the 163-year-old-and-$1.6 billion-in-annual-revenue New York Times (which you may have heard of).

However, the idea that any single media brand could reach a value even close to Facebook’s $100 billion is ridiculous. A media property can scale to a billion, even $10 billion, but not really beyond that. At prevailing digital multiples, the most profitable news brand on the planet, Fox News, would be worth about $10 billion.

VC funds last 10 years, and no one wants to wait that long to raise their next fund (and increase their management fees). Their fund needs to be at a point where it looks good enough to raise more funds in 5 years. If it takes two years to place their first bets, that means a startup needs to be somewhere credible in less than 3 years.

That kind of aggressive push could be disastrous for media companies and for journalism. A profitable, sustainable media brand is at its core a combination of resonance and trust: that takes time. The Daily Dot is a fast-growing journalistic enterprise, and we’re just beginning to be viable as we near our third anniversary.

Exits are not as obvious

In tech, Yahoo and Google have essentially outsourced a substantial portion of their R&D and they have a plug-and-play revenue generation model for many types of tech products. Media doesn’t transfer through acquisition quite as obviously, because voice, editorial judgment, and culture do not reproduce as easily as software (which is not to say that they do not reproduce at all). But VCs are dependent on “exits,” and because that is most often exit by acquisition, media just doesn’t provide the kind of potential exit upside that VCs can get in other investments.

Again, this is not to say that media isn’t a great business or that VCs don’t provide important access to capital for other industries. It’s to say that they are simply not made for each other.

Right now, there seems to be a disconnect driven by the glow of the new relationship between media and VCs that is blinding both sides. Media needs funding, and VCs need new high-growth, high-profile sectors in which to invest. Yet, we must admit that these are real challenges and that they are challenges that both parties must overcome lest they lead to a ruinous impact for media and investment.

Consider the above list a first draft to identifying the problems so that we may start evaluating ways to deal with them. The current venture capital expectations and models are not optimized for the uniqueness of media business models, but hopefully they can be with the right understanding between the two.

The precedent for this approach, after all, is Silicon Valley itself, which is chockablock with events, and incubators, and blogs, and books all dedicated to sharing the views of both the tech entrepreneurs and the VCs who invest in them. That is why, after 40 years together, that relationship is stronger than ever.

We need the same rich relationship in media. We need open channels of communication between capital and media entrepreneurs. We need to skip the honeymoon and go straight to therapy if there’s going to be any hope of building a future together.

Nicholas White is Editor-in-Chief and CEO of the Daily Dot, the Web’s most comprehensive source for original Internet-community news. It’s a fast-growing media company.