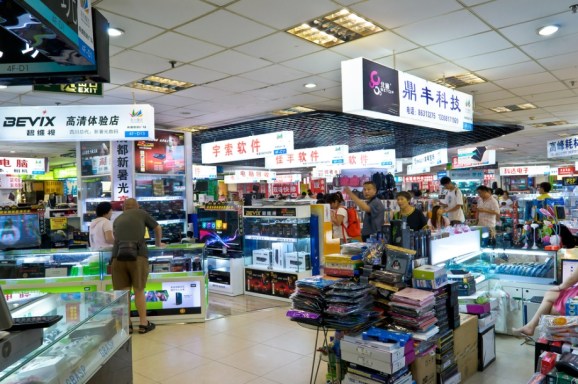 iResearch estimates that Internet-enabled TVs as a percentage will continue to grow as the household broadband penetration rate is increasing and device makers are heavily promoting their products.

The competition in the smart TV market has been driving down prices. LeTV, currently the leading smart TV and online video provider, now sells a smart TV model at a price less than 1000 yuan (about $160).

However, it’s not that Chinese users can enjoy whatever is available on their PCs or other connected devices on their smart TVs or through set-top boxes. SARFT, the Chinese state administration for film, television, and other content only allows seven enterprises to provide videos for set-top boxes or smart TVs. None of the seven is as popular as video sites such as Youku-tudou, iQiyi, and LeTV.

Last week, the SARFT issued a notice asking set-top boxes such as Alibaba’s Tmall Box to stop providing those popular video services. A couple of days later, the SARFT launched an operating system for smart TV. It’s unknown whether it will require all the smart TV makers to adopt it. It is believed the operating system cannot be as well developed as those by experienced Internet companies such as Xiaomi and LeTV.