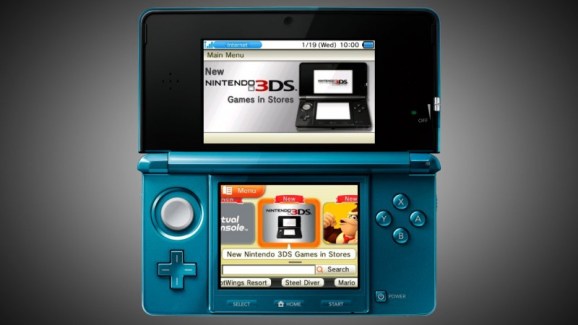 Sometimes when you buy a game for PlayStation 4, you also get the PlayStation Vita version as well. This is called cross-buy, and it’s not something that Nintendo has ever had for its home console and handheld systems … until now.

If you buy the strategy role-playing game Squids Odyssey for 3DS, you will get the Wii U version at no additional cost. This is the first game to have such an offer on any Nintendo platform. This means gamers no longer need to worry about which platform is the best for their purchase since they’ll get Squids Odyssey for both.

This deal is only in Europe for now, but we’ve reached out to Nintendo to ask if this sort of feature will come to other regions as well. We’ve also asked if other games on Nintendo platforms will get a similar deal, and we’ll update this story with any new information.

If you buy Squids Odyssey on Nintendo 3DS, you will be getting the Wii U version for free. Euro downloads just confirmed this.

While Squids Odyssey is a start, this game is from a third-party and not from Nintendo itself. It’s also possible that this is just a one-time thing and not indicative of any wider change.

Gamers have long asked for cross-buy on a Nintendo platform. Most recently, developer Yacht Club Games launched its critically acclaimed retro-style platformer Shovel Knight for 3DS, Wii U, and Steam. Many of the people looking to buy the game for 3DS or Wii U were torn about which version to get, which is something they wouldn’t have to worry about if Nintendo offered both for one price.

Nintendo can offer cross-buy because it migrated the 3DS to its Nintendo Network in 2012. That ID system enables a person to associate their digital purchases with the handheld and a Wii U. Nintendo Network will see that you purchased the game on one platform and automatically have it waiting for you on the other. We’ll see if the company implements this into any other games.