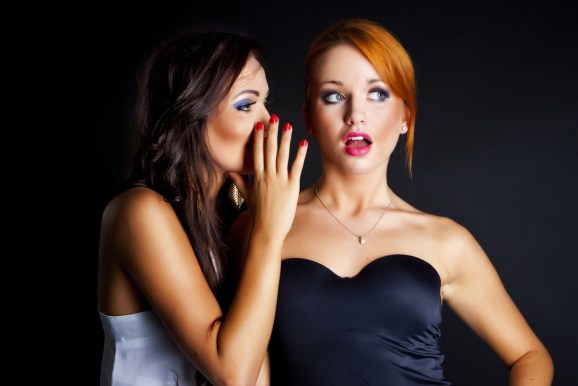 Started in late 2013 as a way for college students to find out about what’s happening on their campus, Yik Yak is an iOS and Android app on which people can anonymously post thoughts and information, and see a feed of posts from people nearby. There is also a “Peek” feature, which lets people visit the feed of a specific location, such as another college campus or a music festival, to get a look at what Yik Yak users are posting about that place.

“On our college campus, we saw that there were a few influencers… a few people had the voice of the campus,” said cofounder and chief operating officer Brooks Buffington in an interview with VentureBeat.

“We saw the opportunity of giving the campus its voice back. Everyone on that campus can be a part of that, not just those few,” he added.

Buffington said Yik Yak is about local communities being able to come together and share what’s going on, such as events, current events, and so on. He said that a lot of college campus groups use it to spread the word about events, kind of like a “college Twitter feed,” but in anonymity. He sees Secret’s “Dens” feature, which allows people to create a sort of private anonymous chat room for colleagues or friends for example, as the closest competitor to Yik Yak despite there being other “anonymous messaging” apps around.

“College kids really love our app because you have so many people in such a dense area that are going through the same experiences,” Buffington added.

Apparently, high school students also “really loved” the app too. You might remember Yik Yak as the app at the center of a New York Magazine article about a Connecticut high school brought to a halt because students were cyberbullying their peers on the app. In short, students at a couple of schools used the freedom of anonymity to post vicious comments about each other, and the bullying became so severe that the school’s administration attempted to ban the app from campus.

The result: Yik Yak has now geofenced middle schools and high schools out of its app, making it unavailable within the boundaries of a school.

“They didn’t have the maturity… They’re just not psychologically developed enough to handle our app,” said Buffington.

“We didn’t approve of the way that they were using it. They weren’t using it for what we built it for,” he said.

With all the gossip and drama we’ve seen from Secret and Whisper (see the case of the Gwyneth Paltrow cheating rumors), it’s hard to believe that while teenagers can’t use the app for positive things, 19 year-olds in college are magically much more mature and can stick to clean uses. But Buffington is still optimistic.

“I think there will always be a few bad apples,” he said. But with the amount of positive uses of Yik Yak he and the team have seen in colleges, he said, the company is just focused on getting on as many campuses as possible.

Yik Yak will use the new funding to keep polishing its app and to grow its marketing team.

Yik Yak was founded in 2013 by Buffington and Tyler Droll. It’s based in Atlanta, Georgia. The company previously raised $1.5 million in seed funding from DCM, Vaizra Investments, and Atlanta Ventures.