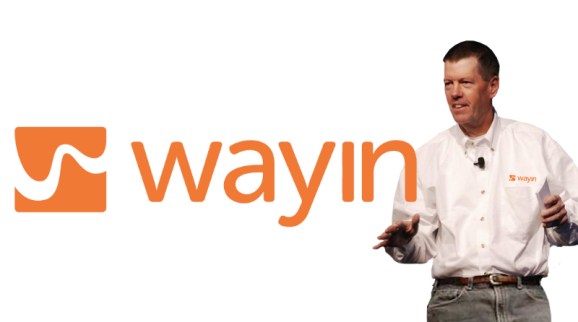 Wayin is the brainchild of Sun Microsystems co-founder and ex-CEO Scott McNealy.

About a year ago, Sun Microsystems cofounder Scott McNealy could see that his Denver-based startup Wayin needed to change its focus.

The company had built a social networking site where people could participate in social polls about everything from sports to elections to the latest episode of Buffy the Vampire Slayer.

But as the popularity and staying power of Facebook and Twitter surged, it became clear that people wouldn’t want to go off to some specialized social media site to do social polls.

So Wayin began to develop polls and other social activities that could work on top of Facebook and Twitter. Ultimately, Wayin pulled the plug on its own social polling site to focus all of its efforts on building “social hubs” for clients.

McNealy, who acts as the chairman of the company’s board of directors, says it wasn’t really a pivot so much as it was a focusing on one core business model.

“We had enough money so we were able to experiment, and we found out that the Wayin hub model was the one that showed the most market potential and the best chance to make money,” McNealy told VentureBeat.

With the new focus came a new CEO. McNealy brought in Elaine Wood, a former Sun executive who has lots of experience selling services to large enterprises. The company also had to do some “rightsizing” with the staff to get the right skill sets in place to build social media hubs for large brands.

“We put all of the wood behind one arrow to focus on what was most critical,” McNealy says.

For example, Wayin helped the NFL’s Denver Broncos create a social engagement hub where fans can see tweets, images, and videos from other fans, players, or the team.

The social hub also helps the Broncos to better understand what kinds of material resonates best with fans, whether it’s scores and stats or individual player updates. The Broncos can then use a dashboard to search through social content using key terms, Twitter handles, and hashtags, then display the best content on the screens in its stadium at Mile High.

Wayin’s clients buy access to Wayin’s social media aggregation platform on a subscriptions. They can then buy creative products that display social media content (like polls, statistics, or selected tweets) to post at their websites, mobile sites, or, in some cases, on TV.

Social media stats can be presented in charts and graphs, or in heat maps that show where (geotagged) tweets on a certain subject are coming from.

Through its acquisition of Comenta TV last year, Wayin can now enable television networks to post the results of social polls and relevant posts and tweets about the programming being shown.

For another of Wayin’s clients, The Weather Channel, the company might use geotag filtering to find tweets originating from very near a major weather event like a tornado. These tweets can be shown live on the Weather Channel to create a sense of immediacy in the programming.

Wayin can also track a certain subject on social networks and then enable its clients to choose the most interesting or desirable tweets, posts, images or videos, and post them at their sites. The Broncos might pick out interesting tweets about a game and post them on the scoreboard during the game.

McNealy believes that social advertising will continue to take a larger and larger piece of companies’ ad spends.

“It’s moving mobile and it’s moving toward real-time,” McNealy says. “We call it hindsight, insight, and foresight. In the old days you’d run an ad and then come back at the end of the year and trying to see if it made a difference, so that’s hindsight.

“Today, everything’s happening in real time, so we can give you insights on what’s working right now, and we can even give you a forecast on where it’s going in the future.”