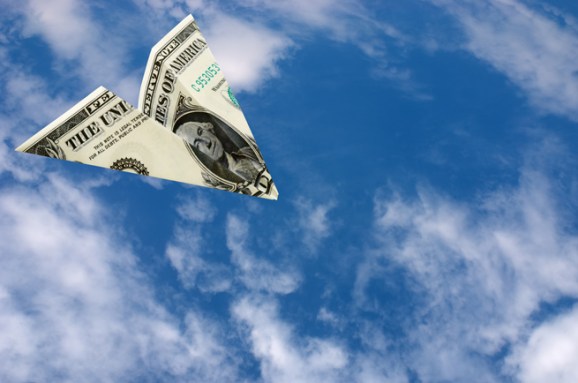 Here’s our round-up of all the notable funding announcements of the day:

The Hadoop wars haven’t actually narrowed to just two companies, Cloudera and Hortonworks. MapR, a company that adds its own proprietary code to the Hadoop open-source software, said today that it has raised $110 million in new money — $80 million in equity, $30 million in debt.

Read more on VentureBeat: MapR grabs $110M in funding and debt to play harder in the Hadoop game

Japanese e-commerce giant Rakuten has just announced a $100 million VC fund for global investment targeting startups in Israel, Asia Pacific, and the U.S. Rakuten Ventures aims to empower startups beyond Japan and Southeast Asia and to improve Internet services, but it’s not an altruistic endeavor, this is about strengthening and expanding the parent company. The broader goal is to “enable better user experience and facilitation. Over time, this will include an increased focus on growing the ecosystem, technology, membership, and financial returns.”

Databricks, a startup that provides support for the popular open-source Apache Spark project, will keep pushing the technology for speedily analyzing lots of data and releasing new products based on it, thanks to a new funding round. The startup announced the fresh $33 million this morning and also revealed a new service that takes the company in a new direction: a platform for running and managing Spark jobs and visualizing data on a Databricks-owned cloud.

Read more on VentureBeat: Databricks adds on $33M and rolls out a Spark cloud service for analyzing data

Hansoft, a Swedish project management and collaboration software firm, has raised $10 million. The new round of funding for the company was led by investment firm Hasso Plattner Ventures. Hansoft makes the team collaboration tool Agile, which game companies such as Capcom, id Software, and EA’s Bioware have used. Other customers are in the electronics, aerospace, space, and telecom industries.

After Secret raised $8.6 million in March, and Whisper raised a massive $36 million in May, anonymous messaging app Yik Yak announced today that it has raised $10 million for its own slice of the anonymous messaging pie. Started in late 2013 as a way for college students to find out about what’s happening on their campus, Yik Yak is an iOS and Android app on which people can anonymously post thoughts and information, and see a feed of posts from people nearby.

Read more on VentureBeat: Anonymous messaging app Yik Yak grabs $10M to be the ‘Twitter of your college campus’

Last year some guys at a startup called CoreOS got a crazy idea: The time had come for a new server operating system. How dare they! Just a few companies make server operating systems that millions of companies and developers depend on. Canonical. Microsoft. Oracle. Red Hat. SUSE. Well, investors believe in CoreOS’ maniacal plans to help anyone run huge quantities of servers with ease, just like Google, Facebook, and other web companies. Today the startup announced the completion of an $8 million round of funding from some big-name venture capital firms.

Read more on VentureBeat: The CoreOS revolution continues as the startup takes $8M