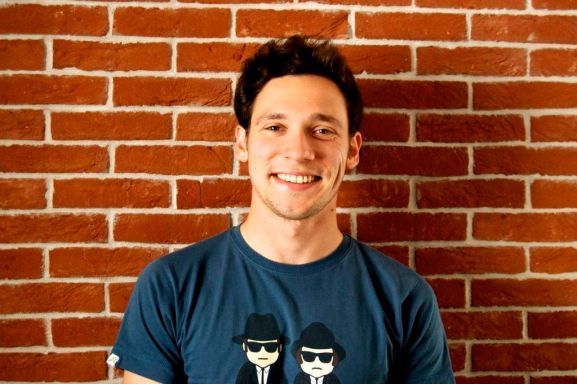 MonkeyParking founder Paolo Dobrowolny will soon board a flight from Rome to San Francisco to take on city hall.

When he lands at San Francisco International Airport, Dobrowolny, the baby-faced cofounder of the app whose controversy has engulfed gentrification-sensitive San Francisco, will begin to launch his counterattack against the ambitious city attorney Dennis Herrera, who deemed MonkeyParking illegal and threatened to sue if the firm doesn’t remove the iOS app from the App Store by July 20.

Dobrowolny has lawyered up and vows to fight.

“I want to work with the city, but I will not take the app down,” Dobrowolny told VentureBeat on Monday.

Dobrowolny admits that what started out as the development of an app to address the headache of parking in Rome and San Francisco has turned into a firestorm, with journalists calling him round the clock at his flat in Italy’s capital. He has received hundreds of email, too, both from supporters and those who hate him.

The story, as they say, has gone viral.

“I am worried about the angry people. So many people are angry out there. I don’t even think they know how the app works,” he said.

Dobrowolny sighed and regained his composure.

“But I will tell you, we’re going to push this thing forward.”

More than anything, the 29-year-old programmer and his two colleagues that comprise MonkeyParking want to explain themselves to a skeptical public, and, as they say, set the record straight. Indeed, Dobrowolny heatedly denied that his app auctioned off pubic parking spaces on public streets.

MonkeyParking is all about exchanging information, he said. He doesn’t sell anything, he added.

“Hopefully, we will provide a picture of how it works. It’s hard to explain what is really happening to MonkeyParking,” he said.

Herrera sent MonkeyParking a cease-and-desist letter last week, demanding that the company remove the app or face a lawsuit. Dobrowolny, for his part, said Herrera is misinformed.

MonkeyParking has drivers leaving a public parking space on city streets and holding it for others, Dobrowolny said. If they do, they’ll reap a cash reward. Geolocation features help drivers vector in on the parking spaces they crave. Open parking spaces get monkey-face icons in the app.

On the other hand, the outcry from the American press has created an ideal marketing opportunity for the young Italian, who said he’s confident the MonkeyParking app will be a home run.

“Many developers will sell their own mother for media exposure. I am happy,” he said, “to optimize the product even more.”