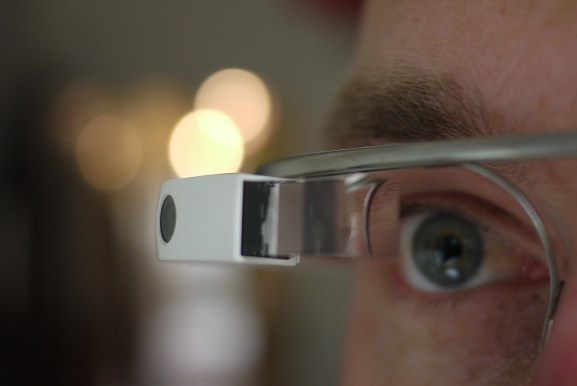 It took six days for movie theaters in the U.K. to ban Google Glass.

Google’s controversial face computers are now banned in some U.K. movie theaters, following the device’s June 23 debut across the pond. Vue, a large cinema chain, and the Cinema Exhibitors’ Association trade group are the first to institute a ban in the U.K. over piracy concerns, following the actions of numerous U.S. theater chains, including the Alamo Drafthouse, the Independent reports.

Of course, the piracy fears are (currently) unfounded; Glass owners report that the device can only record about 30 to 45 minutes of video before running out of battery, just long enough to capture shaky footage of the credits and an opening scene or two. Additionally, Glass devices emit a light while capturing video, making them a poor choice for anyone attempting to discreetly record video in a dark room.

The ban may simply serve as a preventative step against future acts of piracy — Glass’ battery life will surely improve over time — but theater owners appear convinced that the device is already a threat to their livelihood.

Reached for comment, Google provided VentureBeat with the following statement:

We recommend any cinemas concerned about Glass to treat the device as they treat similar devices like mobile phones: simply ask wearers to turn it off before the film starts. Broadly speaking, we also think it’s best to have direct and first hand experience with Glass before creating policies around it. The fact that Glass is worn above the eyes and the screen lights up whenever it’s activated makes it a fairly lousy device for recording things secretly.

Cinema Exhibitors’ Association chief executive Phil Clapp told the Independent that “customers will be requested not to wear [Glass] into cinema auditoriums, whether the film is playing or not.”

Clapp later clarified in a statement to VentureBeat that he has “not personally used Google Glass,” but he insists that he is “aware of how it works and of its capabilities, as are others in the industry.”