Disney is teaming up with Japan’s mobile messaging network Line to deliver a toy-app combo to the global stage. The companies are launching the free puzzle app Line: Disney Tsum Tsum on a global basis and will also start selling the Disney Tsum Tsum stackable soft toy line of products. 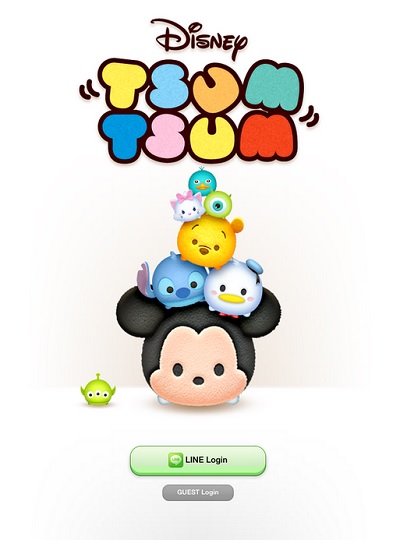 The move shows that Disney will move fast on a hot new digital product, and it represents one of the rare instances when Disney has introduced a distinctly Japanese product to a global audience.

In doing so, they’re marrying the digital entertainment of the Line game with they physical retail toy product. You might not have heard of the app, but Line says it has seen more than 14 million downloads on iOS and Android. The soft toy line has sold 1.6 million units in the past nine months in Japan. Now the app and toy are both going global.

Line is a mobile messaging service that is graphically appealing and replaces text messages on mobile phones. It launched in Japan in 2011 and it has more than 300 million users worldwide.

The Line: Disney Tsum Tsum” (’so͞om-so͞om) app is currently Japan’s top-ranked free puzzle app. The Disney Store is introducing more than 30 stackable Tsum Tsum toys on DisneyStore.com, and it will make them available at select Disney Store locations in North America and in Disney theme parks.

“Disney Tsum Tsum has quickly become a phenomenon in Japan, and we are very excited about the Japan-originated franchise now going global,” said Paul Candland, president of The Walt Disney Company (Japan), in a statement. “Disney Tsum Tsum is both a physical product and a digital game, allowing our guests to enjoy a multi-dimensional experience. We are hopeful that the Disney Tsum Tsum franchise will be loved and enjoyed by our guests around the world.”

“Disney Japan has created some of our most successful and popular digital products, and Disney Interactive is proud to be working closely with the team to extend their success globally,” said Jimmy Pitaro, president of Disney Interactive, in a statement. “Disney Tsum Tsum offers our guests a unique combination of quality characters, compelling game play, and an engaging social experience.”

In the mobile game, players connect and pop as many of the Disney Tsum Tsum characters as they can in one minute. The more Tsums eliminated within each level, the higher the score. As they progress through the game, players will collect Disney and Pixar Tsums, like Mickey, Minnie, Stitch, and Buzz Lightyear. Each collectible character can be leveled up over time and has a special ability that provides in-game help.

Disney’s line of Tsum Tsum soft toys include a wide selection of Disney characters like Mickey Mouse and Winnie the Pooh. The toys range in price from $4.95 to $24.95.