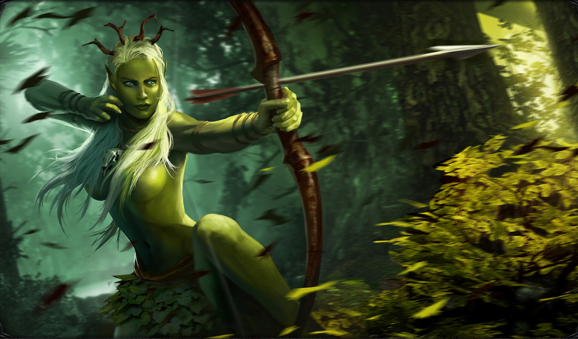 Geralt the Witcher is about to get another line on his résumé.

Developer CD Projekt Red revealed today that it is working on a free-to-play mobile game, The Witcher Battle Arena. Unlike the role-playing adventures of the main series, Battle Arena takes on the style of League of Legends and Dota 2. Those games dominate the PC free-to-play market and make millions of dollars from in-game purchases, and CD Projekt Red is positioning The Witcher Battle Arena to try a similar strategy on smartphones and tablets.

League of Legends made more $624 million last year from players buying in-game items. Dota 2 made nearly $90 million. Those are the two big names in the MOBA space, and the rest don’t have quite as many players or make quite as much money.

“With mobile devices as powerful as they are, and the graphics they offer being so beautiful, we can finally plunge into mobile gaming and deliver our take on free gaming to gamers worldwide,” CD Projekt Red studio head Adam Badowski said.

The Witcher Battle Arena will have two teams of three players fighting it out on a compact and focused map. Each team must capture and hold three points of interest.

CD Projekt Red is working with developer Fuero Games on the project, and that studio wants to focus on rewarding skill and dedication. Since the game is on mobile, Fuero also wants matches to move quickly. That probably means you won’t have very many 45-minute-long experiences in Battle Arena.

“The whole team here at Fuero Games is really excited at the prospect of developing a game for such a big and engaged community as that of The Witcher,” Feuro chief executive Stanislaw Fiedor said. “I’m convinced that our skill in mobile multiplayer game development, combined with the creative flair of CD Projekt Red, will produce an experience Witcher fans will want to come back to again and again.”

The Witcher Battle Arena isn’t the first MOBA on mobile, either. Several other developers have attempted something similar with mixed results. It’s possible that The Witcher brand may help CD Projekt Red and Fuero put this game over the top.