Big Cyber is preaching a puritanical sermon: “We know better; you’re too stupid; we’ll handle it for you.”

That’s the strident opinion of Surfwatch Labs founder Jason Polancich. He presides over an NSA-grade data security startup targeting America’s small businesses. Polancich said most security plays in the U.S. ignore the backbone of America – small enterprise- and he has big plans to change it.

“When you talk about security concepts, the weakest points in the armor are small businesses,” the no-nonsense Polancich said. “A majority of of the U.S. economy gets up almost every morning and goes to work at a small company. And 90 percent of people don’t understand core security concepts.” 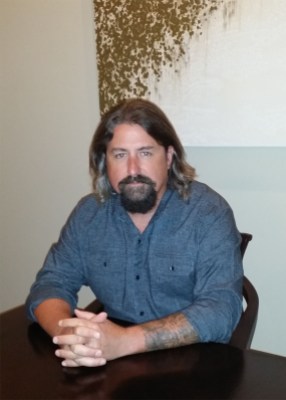 Polancich and his Surfwatch Labs have major plans to change the American security paradigm. Fueled by $3.5 million in venture money, $2 million out of Polanchich’s own pocket, the startup is focusing more on security-centric data than it is on preventing and combatting hacks.

To be sure, Polancich, a former military and National Security Agency veteran, has a lot on his plate. He and his team of former NSA security spooks are building what may be the largest database of security threats on the planet.

In short, Polancich provides clients real-time actionable intelligence that enables small and medium enterprise to understand cyber threats and protect against it accordingly.

Users of Polancich’s “bedrock security offerings” get intelligence on cyber threats via alerts on smartphones, tablets and desktops. His SaaS easily integrates with customer’s existing networks, providing intel gathered from blogs, social media and mainstream media outlets. The data is tabulated and customized to each users needs.

“This is data intelligence,” Polancich, who spent nearly 20 years in the NSA intercepting communications globally and is a fluent Arabic speaker. “Our core mission is to subtly make people protect themselves based on real data solutions.”

“We are,” he added, “really like a cybercrime weather service.”

Basically, Polancich and company are giving clients the necessary tools to build their own in-house intel centers in an easy to use format. Most small business owners blindly allow their providers, like GoDaddy for example, to protect networks, and most owners, Polancich said, don’t understand what they do.

Cybersecurity is a massive market. By 2019, the ecosystem, including IAM, IDS/IPS, firewall, anti-virus, web filtering, and DDoS management services, for example, will amount to $155 billion, according to the research firm Marketsandmarkets. Polancich, who founded Surwatch, plans to get his share.

“Instead of focusing on collecting and disseminating low-level threat data – which has little contextual relevancy to the business — we are identifying and classifying threats at a higher level to help organizations understand which risks are most important and what to do about them,” he said.

“It’s a business intelligence approach common to accounting, finance, sales and other key business domains, but is missing from cybersecurity almost entirely.”