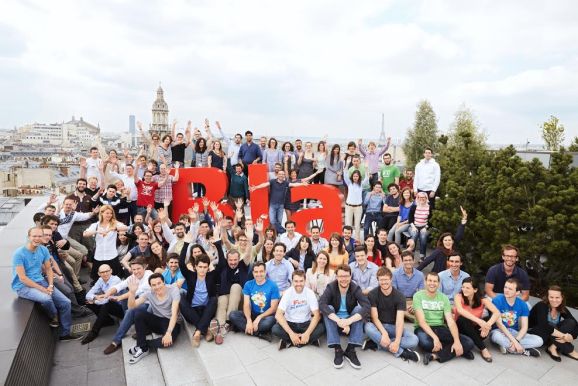 The BlaBlaCar team gathers on its office's roof in Paris

Unlike Uber, Lyft, Sidecar, and other startups lumped into the ridesharing genre, BlaBlaCar doesn’t intend to enlist full-time, or even part-time drivers. Founded in 2006, BlaBlaCar considers itself an alternative to city-to-city travel and claims it does not want to challenge the taxi industry. Rather than taking the Eurostar train system from London to Paris, you can book a seat in the car of someone who already plans to drive there.

BlaBlaCar cofounder Nicolas Brusson tells VentureBeat that the “typical journey” on BlaBlaCar averages around “200 miles” and costs the passenger “about $20.” Brusson claims BlaBlaCar drivers “offer their empty seats to passengers who book them the same way they would book a train ticket. The drivers are not making a profit, they are sharing a cost.”

Now available in 12 countries, BlaBlaCar has grown fast in Europe since expanding beyond France in 2012, and the firm aims to use its new funds for global expansion. According to Brusson, the startup is “looking at all large emerging markets, including Turkey and Brazil, and see no reason why what we do would not work in those markets.”

BlaBlaCar appears to have no presence in the U.S., but expanding into the States may be a lucrative move — it’s a large market with few inexpensive city-to-city transportation options, among them the agonizing Greyhound bus system.