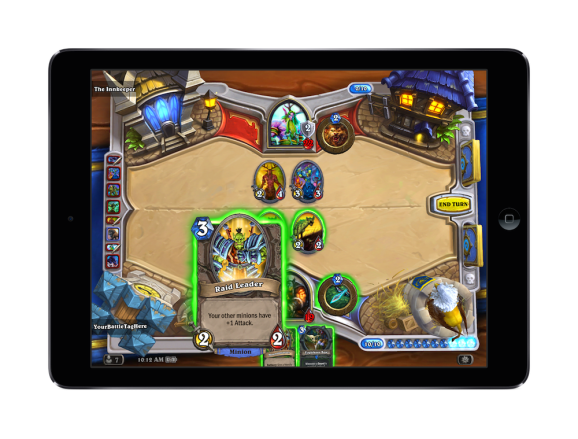 A Finnish e-sports league is drawing criticism for prohibiting women from competing in a number of its pro-gaming tournaments. This has other e-sports associations speaking out.

Major League Gaming told GamesBeat that it has never segregated its competitions based on gender. The association holds huge in-person events for games like StarCraft II, Call of Duty, and Super Smash Bros. Brawl. Women are fully permitted to enter and win those events. MLG also has a huge online platform for gamers to compete online. The company enables women to compete equally in those events as well. E-sports is a growing market. It attracts millions of viewers, and the prize pools for the biggest events are now larger than for traditional sports like pro golf.

“Since our inception 12 years ago, we have provided an equal platform for male and female competitors at our in-person events and via our online platform at MLG.tv,” MLG chief executive officer and cofounder Sundance DiGiovanni told GamesBeat.

European e-sports league ESL also voiced its support for removing any barriers between genders in e-sports.

“We truly believe that in e-sports, male and female athletes stand on equal ground to compete on the same level,” an ESL spokesperson said in a statement provided to GamesBeat. “Though success for women in e-sports has been few and far between in mixed tournaments, we do not believe that restricting tournaments to male only is the answer.”

This is in direct response to the revelation that Finland’s Assembly Summer 2014 event will have men-only tournaments for Blizzard’s collectible-card game Hearthstone: Heroes of Warcraft, for Valve’s action-strategy game Dota 2, and Capcom’s fighter Ultra Street Fighter IV. Assembly Summer won’t leave the women out completely. Instead, it will hold events for StarCraft 2 and Tekken Tag Tournament 2 that are just for women.

We’ve reached out to Blizzard, Valve, and Capcom for comment, and we’ll update this story with any new information.

In a conversation with PCGamer, Assembly Summer head Markus Koskivirta explained why they have these separate leagues.

“[We’re doing this] in accordance with the International e-Sports Federation’s tournament regulations, since the main [South Korean finals] event is open to male players only,” said Koskivirta. “This is to avoid possible conflicts — [for example], a female player eliminating a male player during [regionals] — among other things.”

Basically, Assembly Summer doesn’t want women competing because if they win, they can’t go on to compete in the final tournament in South Korea anyway, and it’s possible that a woman in this tournament could go knock out a male competitor who could potentially go on to compete.

The South Korean International E-sports Federation (IESF) loosely oversees a number of competitive games, but it isn’t the affiliated with any developer. The IESF also has an explanation for why it segregates men and women.

“The decision to divide male and female competitions was made in accordance with international sports authorities as part of our effort to promote e-sports as a legitimate sport,” a spokesperson for the IESF said in a statement provided to PCGamer.

The IESF’s reason is that soccer has leagues for men and women, and so it’s going to do the same thing even if it doesn’t make sense for gaming — it’s not like a woman can’t use a gamepad or a keyboard and mouse as well as a man can.

“We have a long history of supporting and encouraging professional female gamers across a number of titles — starting with Halo and continuing to our most recent MLG Championship in Anaheim where, for example, Sasha ‘Scarlett’ Hostyn, one of the top StarCraft players competed on the main stage, and a number of female teams competed in the Call of Duty tournament. We feel that all players, regardless of gender, should have the opportunity to compete on the ultimate platform with and against the best in the world.”

MLG has millions of online viewers, thousands of online competitors, and thousands of  people who show up to its in-person tournaments. It is also making more money each year, which indicates its policy of including everyone is not stopping it from generating revenue — which is probably one of the best measures for how serious people take something.

The ESL is also looking to actively encourage female competitors.

“ESL is an equal-opportunities competition organizer,” said ESL’s spokesperson. “And we support females trying to break in to the top tier of e-sports through special activities and support and have no plans to restrict any of our tournament entry requirements to exclude females.”

E-sports may not want to, but it could look to something like chess. That competitive game’s governing body enables women to compete against men, but it also has a women’s Grand Master award that it gives out separately.