Soccer mania is in the air.

The 2014 FIFA World Cup captivates millions of TV viewers each day. EA Canada’s FIFA 14 features a World Cup section where thousands of players play out their own matches, compete in online challenges, and create their ultimate team each day.

Earlier this week, EA Canada released a developer video promising the most realistic players and arenas every created. Soccer fans now have a fairly accurate representation of what the current FIFA’s graphics are and what the future will hold when FIFA 15 releases on Sept. 23 in the United States and Sept. 26 in Europe.

We put together a few slideshows of current FIFA 14 footage from a retail PS4 version and the latest official FIFA 15 screenshots (reportedly from Xbox One footage). Click any image to start the page’s slideshow. 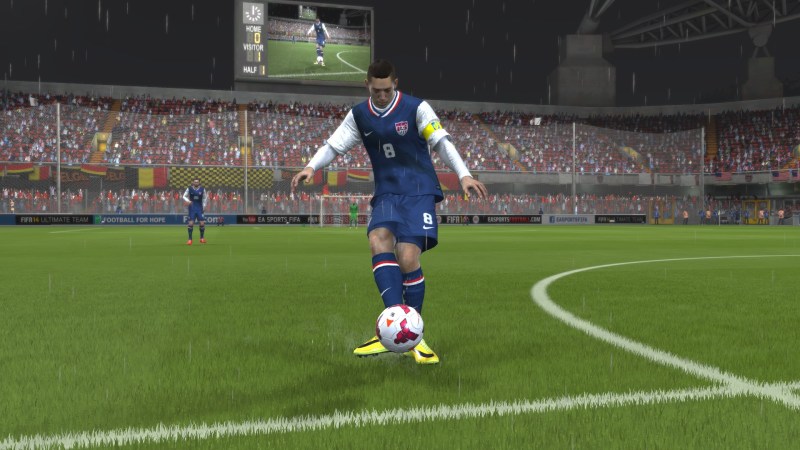 The United States’ captain features prominently in most World Cup advertisements and footage in America, and EA Canada decided to include a very impressive screenshot of Dempsey performing a volley (or karate kick) in FIFA 15. Dempsey’s FIFA 14 avatar is pretty spot-on, and his well-lit FIFA 15 counterpart is also accurate. EA definitely paid attention to the details on America’s greatest soccer star.