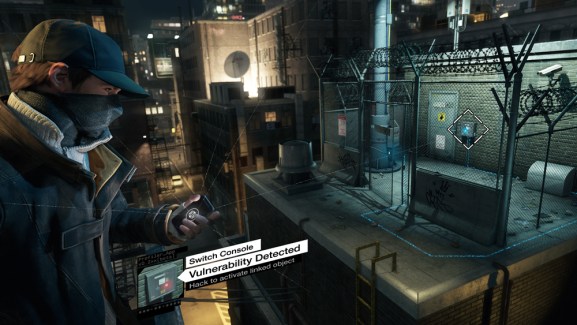 Watch Dogs is hacking into tons of money for Ubisoft.

French publisher Ubisoft has another megafranchise in its portfolio.

After selling 4 million copies of the new open-world action game Watch Dogs in its first week, analysts Nick McKay, Nick Citrin, and Michael Pacthter for investment company Wedbush Securities predict that the game likely went on to sell another million copies before the end of Ubisoft’s quarter. That would put Watch Dogs at 5 million copies sold through the end of June, which is just over a month after the game’s May 27 release.

Ubisoft will report the results of its first quarter for fiscal 2015 on July 10 after the French market closes. In April, the publisher advised investors that it expected to generate $422 million. Wedbush expects Ubisoft to report revenue closer to $429 million, and the analyst says that estimate is “conservative.”

Watch Dogs is a huge success for Ubisoft. It already set a 24 hour sales mark for a game from the publisher. With Watch Dogs resonating, this gives the French publisher the chance to annualize the franchise.

Ubisoft has released a new Assassin’s Creed for consoles and PC every year since 2009’s Assassin’s Creed II. This enables the company to practically guarantee a triple-A blockbuster, which pads its yearly earnings. It will likely attempt a similar strategy with Watch Dogs.

Despite Ubisoft’s strong Q1, Wedbush isn’t lifting its guidance for the entirety of fiscal 2015. The company’s analysts are sticking with Ubisoft’s estimates of around $1.9 billion in revenue for the year—although Wedbush’s note to investors points out that Assassin’s Creed: Unity, Far Cry 4, and Watch Dogs (Ubisoft’s three big 2014 releases) will all end up as some of the best-selling releases this year.