Games thrive on war. It creates inherent conflict, the force that feeds the action and momentum of so many titles. However, not all wars are equal in the eyes of publishers. I mean, we could easily list 100 games set during World War II, and modern military action has become a big trend.

But you know what you won’t find? A lot of games set during the American Revolutionary War. Of course, that’s largely because it took place in a time that predated automatic weapons (and we all know how much everyone loves their fast-paced shooters), but that doesn’t make the lack of 18th century gaming any easier to take.

Luckily, you can find at least a few digital adventures set during American’s struggle for independence. They aren’t many, but they’re sure to fill you up with patriotic pride as you prepare for a hot dog and firework-filled Fourth of July. 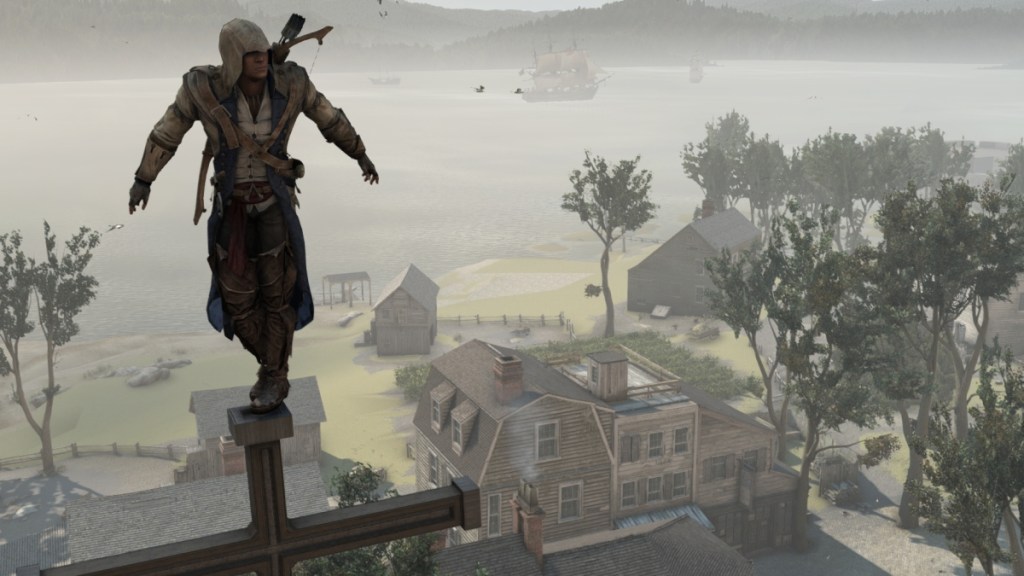 Above: Connor examines the colonial landscape.

The Assassin’s Creed series loves exploring history, with entries set during the Italian Renaissance and the golden age of piracy in the Caribbean. It’s also one of the few franchises to frame an installment around the Revolutionary War, specifically following the adventures of a Native American named Connor from 1760 to 1783.

As Connor, you get to meet historical figures like Paul Revere and George Washington, and you can also take part in significant events like the Boston Tea Party. It’s almost a bit like if Forrest Gump lived through the era. Gameplay wise, it’s pretty similar to other Assassin’s Creeds, with most of the action focusing on stealth and hand-to-hand combat. It also introduced sailing and naval battles to the franchise. 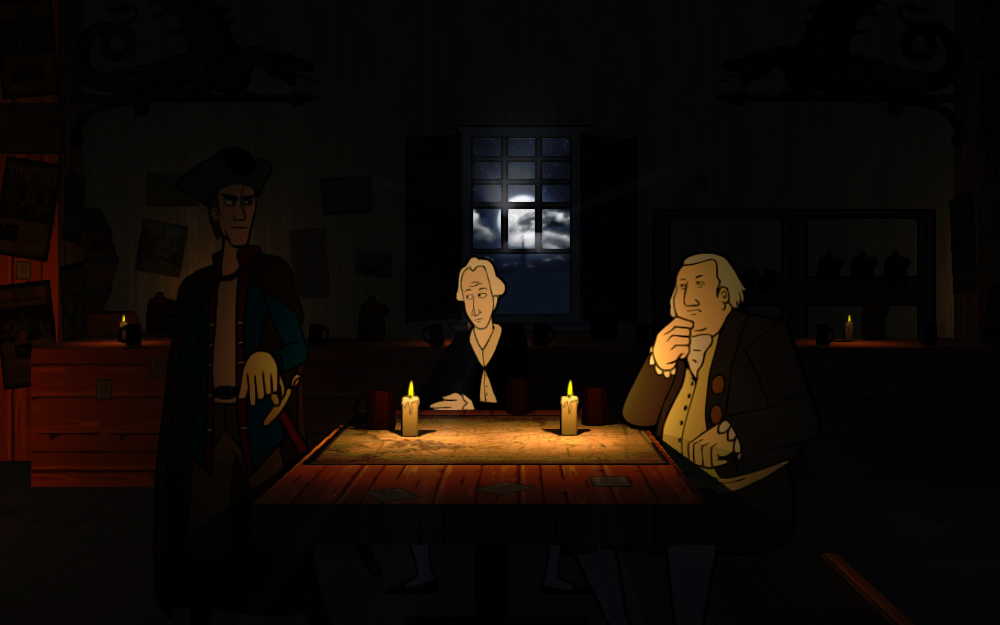 Above: Children of Liberty looks like a cartoon set during Paul Revere’s famous ride.

While Assassin’s Creed III is a huge, triple-A production, Children of Liberty is an indie affair. However, it also focuses on stealth and takes place during the American Revolution, specifically around Paul Revere’s famous ride on April 19, 1775.

Children of Liberty features cartoony, hand-drawn visuals. However, if you want to play it before the 4th, you’ll have to settle for the Early Access version on Steam. The final game isn’t out yet.

Day of the Tentacle 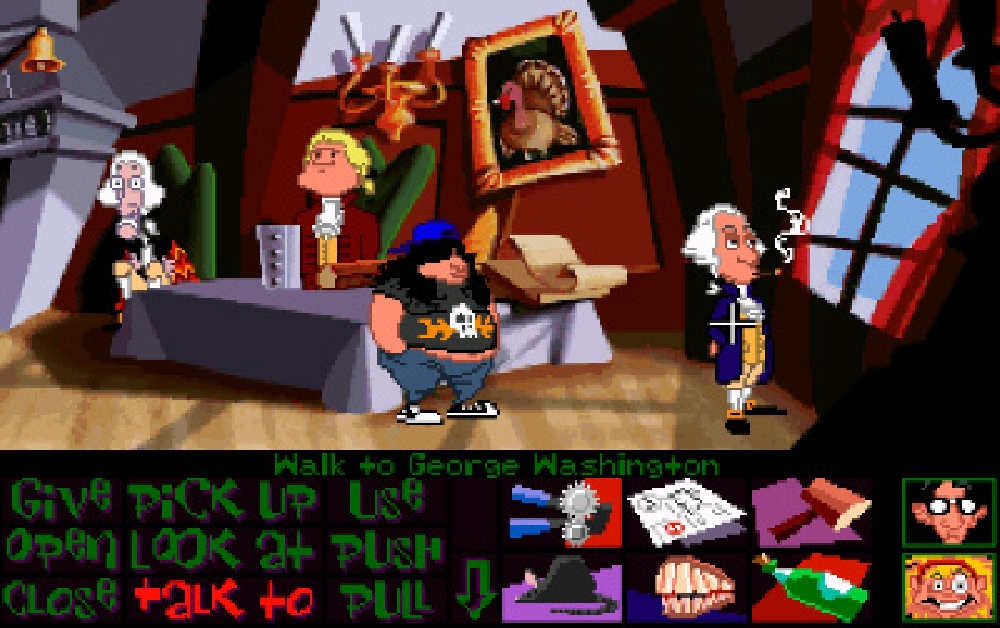 Above: George Washington enjoys a smoke in Day of the Tentacle.

Speaking of cartoony games, we can actually think of at least one classic PC title that featured America’s founding fathers, even if the portrayals weren’t exactly flattering. We’re talking about the humorous Day of the Tentacle, a point-and-click adventure game from developer LucasArts (back when they were famous for them).

Day of the Tentacle actually takes place during present, past, and future settings. Specifically, the past setting features the likes of Thomas Jefferson, Benjamin Franklin, and George Washington. OK, so they’re actually working on the American Constitution, so it’s not exactly set during the Revolution, but it’s close enough. 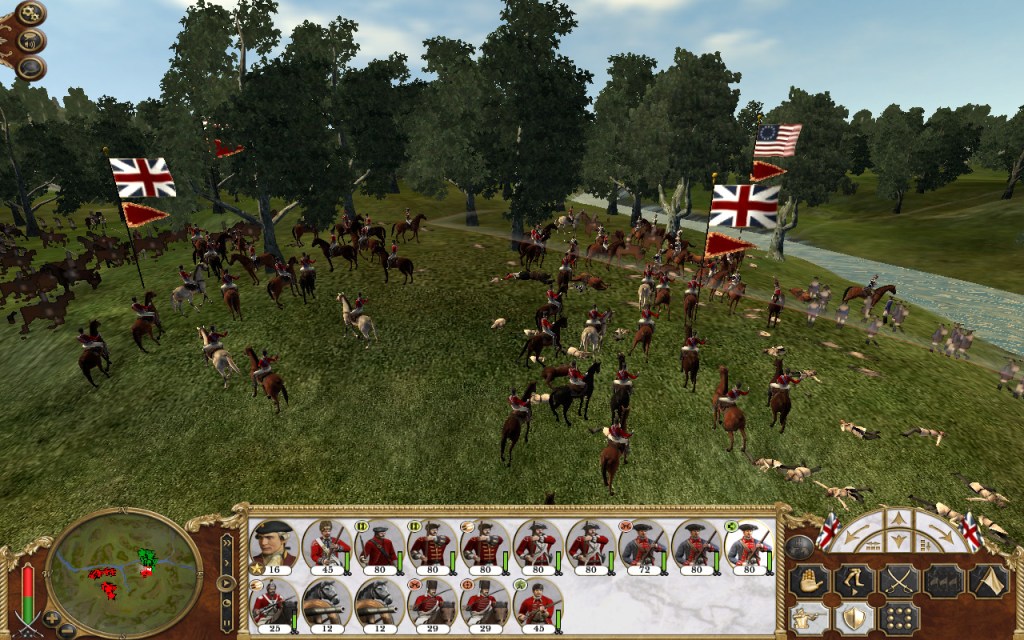 Above: You can lead the United States to victory against the Red Coats in Empire: Total War.

A lot of strategy games like to rush through history, letting you experience everything from the Stone Age to a future utopia. Some, like Age of Empires III, briefly feature militia and building units from the Revolution era. Civilization V even lets you play as George Washington, although you’re only in charge of a colonial territory for a brief period.

Empire: Total War, however, takes place entirely in an 18th century setting. Not only can you play as the colonial Americans, but you can also play a campaign mode that focuses on the British colonization of and eventual independence of the Americas.