If you hear a bomb scare in your town, it might be just another gaming PR stunt.

More than any other business sector, the game industry seems to revel in over-the-top, headline-grabbing antics to help shift product. In recent memory, we’ve seen a gunman stroll into a crowded bar, traffic gridlocked in London, illegal weapons sent through the mail, and a decapitated goat used as a launch party centrepiece. Just a few weeks ago, a promotional item for open-world action game Watch Dogs caused a bomb scare in Australia.

So, why does the game industry continue to use such deliberately outrageous tactics?

All publicity is good publicity. Right?

“The video game space is fiercely competitive when it comes to new launches,” said Shannon Haigh, the head of PR at U.K. agency 10 Yetis, via email. “Agencies and developers are always looking for ways to trump one another and come up with the biggest, strangest, and craziest stunts to stand out and get media coverage, but whether or not the consequences are thought about beforehand is anyone’s guess.” 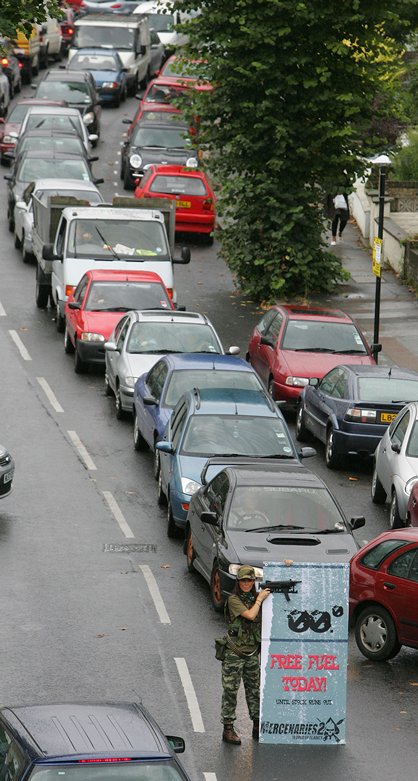 So, is the saying “all publicity is good publicity” actually true?

“In most cases, but not all, we at 10 Yetis would argue that any publicity is good publicity,” said Haigh. ”While some members of the public may be put off by gravestone ads in the case of the Shadow Man 2 launch or ‘accidental’ bomb scares in the instance of Watch Dogs, there will be others that hear about the games through these very stunts and marvel at the ideas.”

But how close to the line should PR companies get?

“It’s daft to move forward with an idea that’s likely to end up involving the emergency services, albeit accidentally,” said Haigh, “but, let’s face it, controversy and a bit of drama is what hits the headlines. If a gaming PR stunt can grab the attention of potential players, even if it does cause a bit of outrage along the way, it’s probably ticked most of the boxes in my eyes

“I think the issue with the stupid, ill-conceived, and bone-headed PR stunts all springs from the same source,” he told me via email. “Trying to impress the games media — the majority of whom are young men — as conceived by games marketeers — a somewhat more diverse bunch. What do you men like? Beer, girls, and spectacle.”

Baglow argued that no thought is given to diversity “or the fact that the audience may well include people uncomfortable with corporate-financed beer or tits.”

“It’s simple, direct, and reflects the almost total lack of anything resembling tact, understanding, diplomacy, diversity or even creativity in games marketing,” said Baglow. “Take a look at the tat which is produced as giveaways in the games world and you’ll see it’s reflected throughout the entire process.” 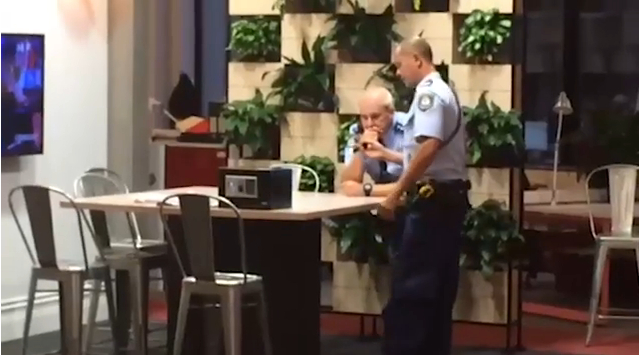 Another PR professional, who asked to remain anonymous, pondered whether all publicity is actually good: “As a PR [person], I guess I should say yes,” they said, “but I’m not a fan of ‘edgy’ or controversial stunts. I don’t think that the PR it generates is helpful 100 percent of the time.”

The bomb scare brought about from a PR stunt for Ubisoft’s Watch Dogs stands out as a prime recent example.

“I think that causing a bomb scare was very irresponsible in these uncertain, terrorist-wary times and reflects badly on the companies involved,” they said. “Column inches for the sake of it, if you like — [it] smacks of desperation, a disregard for the public, and is a somewhat dated approach.”

Here are 12 extreme game-marketing stunts that turned bad. Or, having heard the PR side of things, possibly went really well.

1) Sony brings a dead goat to the party

The European press launch for God of War II, which took place in Athens, Greece in 2007, was a debauchery-soaked affair. It featured fire jugglers, snakes, a Kratos lookalike, and a freshly slaughtered, decapitated goat. 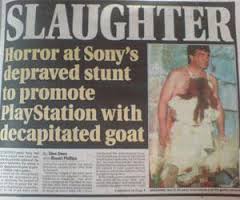 For reasons unknown, the U.K. Official PlayStation Magazine decided it would be a good idea to share some details with the wider public. “”How about eating still warm intestines uncoiled from the carcass of a freshly slaughtered goat?” read the article. “At the party to celebrate God Of War II’s European release, members of the press were invited to do just that.”

Media outrage followed, and a Sony statement admitted that use of the goat had been a mistake, explaining that it came from a local butcher. The company recalled the entire 80,000 print run of the magazine.

Twenty-eight-year-old Jennifer Strange took part in a radio contest to win a Nintendo Wii for her family at a time when the console was flying off store shelves. KDND-FM radio in Sacremento had contestants drink an 8 ounce bottle of water every 15 minutes while trying not to urinate.

Strange drank nearly two gallons of water according to witnesses, and she complained of feeling ill when she left the station (having won Justin Timberlake concert tickets for placing second). Strange’s mother found her dead at home several hours later.

According to the coroner’s report, water intoxication was the cause of death. A jury eventually awarded Strange’s family $16.5 million in compensation.

KDND-FM reportedly sacked 10 employees in the aftermath of the disastrous contest.

Electronic Arts brought gridlock to a small corner of North London in September 2008 when it tried giving away $34,000 worth of gas to promote the launch of Mercenaries 2: World in Flames. Traffic backed up, and local residents were not amused. Nor were the police when they got called out to deal with the problem — they ended up shutting the stunt down at its halfway point.

Local politician Lynne Featherstone said: “Whilst a lucky few might have got free petrol, hundreds of residents have faced misery. Trying to re-create Venezuelan-style fuel riots on the streets of London is completely irresponsible and downright dangerous.”

Unsuspecting drinkers at a New Zealand bar dived for cover when a man with bandaged hands wandered up and pointed a gun at them. They had no idea he was actually an actor and part of an ill-conceived publicity stunt for the 2010 release of Splinter Cell: Conviction.

Armed police attended the scene and discovered that the gun was plastic when they took it away.

Senior Sergeant Ben Offner condemned the promotional effort, saying: “We consider these types of stunts to be very ill-advised and have real concerns a similar one may one day end in tragedy.”