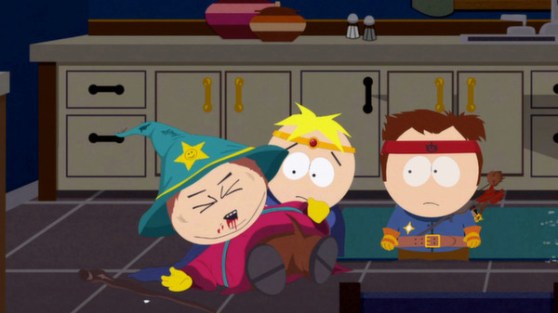 Above: South Park: The Stick of Truth (released earlier this year) is Obsidian’s latest RPG.

One issue the old consoles have is their limited amount of RAM, or system memory. All five developers specifically mentioned this in one way or another during our conversations. Both the PS3 and Xbox 360 have 512MB of memory, an amount that’s laughably low by today’s standards, especially when compared to basic gaming PCs.

Obsidian, who specializes in making huge role-playing games with a lot of characters and locations, has always been wary of the PS3’s and 360’s memory limits.

“The real challenge for us really was memory,” said Urquhart. “When you think about it, the 360 and PS3 with 512MB of RAM, almost everybody—the little device that everyone has in their pocket now, phone-wise, has more memory than those have. That’s the hardest challenge. … A lot of times you just have a complicated—you have a [non-playable character] that can do lots of things and have a lot of items and can kinda wander around the world, and that takes up memory. … You’re always hitting memory limits, particularly when you’re trying to make more larger, open-world games.” 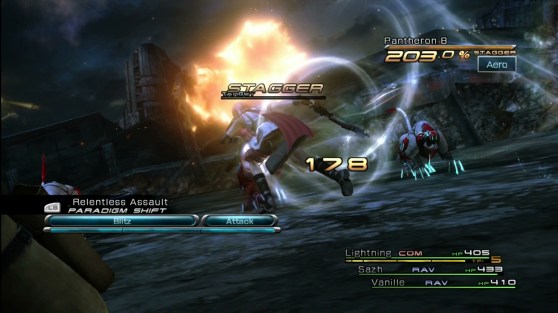 Above: Final Fantasy XIII was the first multiplatform title in the JRPG series.

Memory became a concern for Square Enix’s Final Fantasy team when it took on multiplatform development for the first time with Final Fantasy XIII. The 13th installment of the long-running Japanese RPG series was originally revealed as a PS3 exclusive in 2006, but by the time the game came out in 2010, Square changed its mind and decided to make an Xbox 360 version, too.

“When it was released … we really wanted to make sure we had a good balance of what qualities we could improve,” said FFXIII producer Yoshinori Kitase via translator. “For example, [we tried] to optimize for the specifications of the new generation of consoles while maintaining that balance and the graphics. Because it was our first time [making the game] for multiple platforms, we had to deal with Blu-ray vs. DVD, and we also had to be careful about RAM capacity.

“Final Fantasy XIII was released on a three-disc set [for the Xbox 360]. However, both platforms had to have equal qualities. RAM capacity wasn’t really a challenge, but we had to be very careful about it.”

The Elder Scrolls V: Skyrim is an infamous example of how precarious RAM can be on these machines. The PS3 version of Bethesda’s open-world action RPG was notorious for its performance-sapping bugs, some of which had to do with the way it managed the system’s memory.

Over the years, developers learned to make the most of these restrictions.

“Comparing the start to the end, [RAM] is certainly not much of a problem now. … People learn to optimize the hell out of the hardware,” said Jobling. “Everybody’s really going at it all the way through the generation. Optimizing the hell out of it to get that last bit of performance. And the stuff that limits you at the start? You just learn to live with it later on. Everybody’s done that, the hardware profiling. They know what they got available, and they know what they want to spend where, in terms of things like memory.” 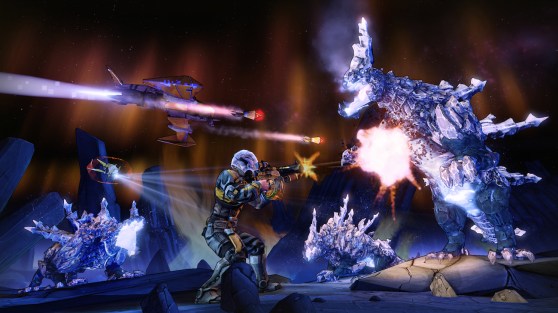 Above: You’ll battle moon monsters like the Kraggon in Borderlands: The Pre-Sequel.

Evolving with the consoles

After spending so much time with the PS3 and Xbox 360, studios have amassed a vast body of knowledge to draw from — a lot of devs know what it takes to create games for those consoles, and what they can and can’t do with them. This familiarity is one of the reasons why Borderlands: The Pre-Sequel is skipping PS4 and Xbox One when it comes out on Oct. 14 for in favor of the PS3 and Xbox 360 (and PC, too).

Borderlands creator Gearbox Software is working with 2K Australia (one of the publisher’s in-house studios) for the latest installment of its first-person shooter/RPG hybrid, and it didn’t want to alienate PS3 and Xbox 360 Borderlands fans by putting the game on the newer consoles.

“There’s so much exposure to that generation of consoles that you already know a lot of the ins-and-outs,” said Gearbox producer James Lopez. “You already have — there are some people who even have their own custom tricks for how to make something look better or less expensive in memory, things like that. So having that [knowledge] available is really helpful, especially when you’re trying to get something done within a certain timeline. We knew that we wanted [the Pre-Sequel] to be out this year. Having that background is incredibly helpful.”

One of those tricks is a tool in the Borderlands engine that enables game designers to quickly make something without needing any help from programmers. 2K Australia producer Joel Eschler told me that if they don’t keep a close eye on them, designers will “create five new enemies in a day and just try to sneak them in there.”

“That really is a cool thing about the development environment in both of our teams,” said Lopez. “There’s a lot of passion there. There’s a lot of creativity. … And so rapid prototyping is a thing that we both do. When I say rapid, I mean sometimes someone just comes up with an idea and makes it in a day or two. ‘Hey, here’s this idea I have.’ I go, ‘I’m not really sure if that fits with the schedule.’ ‘Oh, that’s cool, I actually have a prototype right here if you just want to check this out real quick.’ And then we go, ‘Alright, that’s a feature!'”