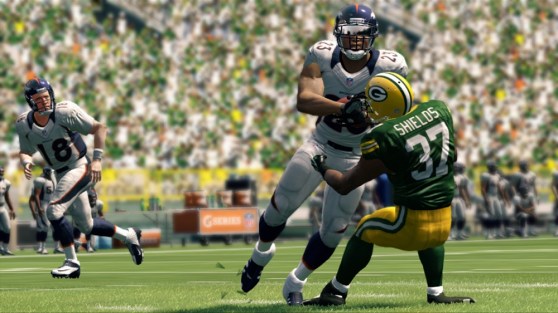 With hardware not being much of an issue this late into the generation, developers like EA Sports spend their time on improving specific gameplay mechanics, including any technical trade-offs it has to make to get those features to work.

“It certainly gets easier as the years go by, because in year one, a lot of times you’re building your pipeline from scratch,” said Graddy. “Maybe you’re building a new rendering engine that’s going to take advantage of the hardware. Back in the [Madden NFL] 06 transition, we had a pretty significant upgrade to our art assets that was different from this transition. So in that base, foundational year, you have a really heavy cost to get the game up and running.

“And then as you progress through the life cycle of that console or that platform, your foundational tech is all in place, your foundational features are in place, and you can start the focus on the deeper feature sets that are specific to your game. Or in our case, our sport.”

“We already had the original story, characters, and world, so we didn’t have to work on those aspects of the games from scratch,” said Kitase. “Those are something our artists had to work on. But when we started working on Lightning Returns, there was already [that foundation], so it was in a way easier for us to set the final target — to what we wanted to have as a finished product. We were able to work off of the first title’s engine, so all we had to do was polish and improve [it].” 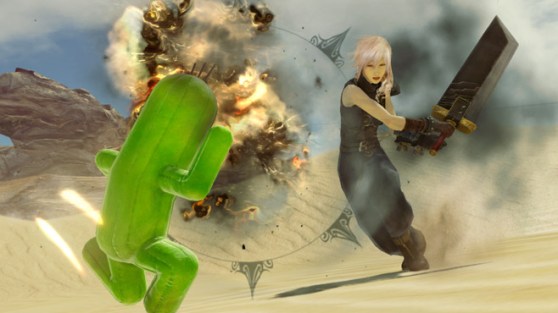 Above: Lightning Returns: Final Fantasy XIII is the second sequel in the XIII series.

The PS3 and Xbox 360 also changed over the years: Sony and Microsoft continue to update their machines with software patches, and both added optional peripherals that developers could use for their games. Sometimes, these changes brought new hurdles, like when Microsoft released the Kinect motion-tracking camera in 2010.

“That didn’t exist when the 360 first launched. … And then you kind of have to deal with Kinect as a part of getting approved [by Microsoft], even if you weren’t really using Kinect that much,” said Urquhart. “You now have to reserve some memory just because the Kinect uses some memory, even if you’re not using it. … During the console generation, as you’re getting more comfortable and know how everything works, Microsoft, Sony, Nintendo, and whoever are still kind of evolving and moving forward and changing how things work. You have to make your game work that way.”

Moving on to new hardware

Gamers have snapped up PS4s and Xbox Ones in droves since their arrival last year: As of this article, Sony has sold 7 million consoles, while Microsoft’s count stands at 5 million. The devs I talked to sounded like they were just as hungry as consumers are to get their hands on the new boxes.

“A lot of the engineers all love—everybody loves new hardware,” said Jobling. “And new stuff like 4K [televisions] and Oculus Rift [VR headsets]. That’s definitely what keeps you young. The company’s going on 27 years, and I’ll be [in the industry] 24 years, and the new hardware and the new technology [reminds me of] when I first joined the company back in 2000. It’s still that level of excitement for the new stuff.”

Obsidian’s just glad that it has a lot more memory to work with this time around (Sony and Microsoft stuffed 8GB RAM into PS4 and Xbox One).

“We’re comfortable with the consoles, with the way they are now,” said Urquhart. “They have a lot more memory. Graphics card-wise, obviously they’re better than the predecessors, but for us, it’s just the [increased] memory. The memory just lets us make bigger worlds and have a lot more stuff going on. We get to model so much more: We can model weather more complicatedly, we can have [more] characters, have more animations, and do lots of different things that were a lot harder in the previous gen.”

Above: EA’s Battlefield: Hardline is coming to current and last-gen consoles.

But not everyone is ready to leave the PS3 and Xbox 360 behind just yet. Due to their massive owner base, it’s likely that the big video game franchises—like Madden, Call of Duty, and Battlefield—will continue in some shape or form on last-gen consoles for years to come. Smaller indie studios will probably keep embracing them as well.

“It’s important that we as individuals continue to grow, right?” said Lopez. “Reading books is good for you. Doing physical activities is good for you. You always want to try to challenge yourself in some way so you don’t stagnate. Same thing goes with development. Even in production, the tools that you use as a producer change regularly, and that’s great because it challenges your way of understanding schedules and leadership and all these other things, all these other important variables.

“I look forward to being a part of [PS4 and Xbox One development] at some point. But all of my experience in the game industry has been on the 360 and the PS3, so there are certain things that I will not be able to bring to the table for a while until I understand the newest generation of consoles. So right now, I’m really happy that I still have things that are relevant. But then I’ll have to evolve some, and I look forward to that. But I’m really glad that doesn’t have to happen right this second. [Laughs]”