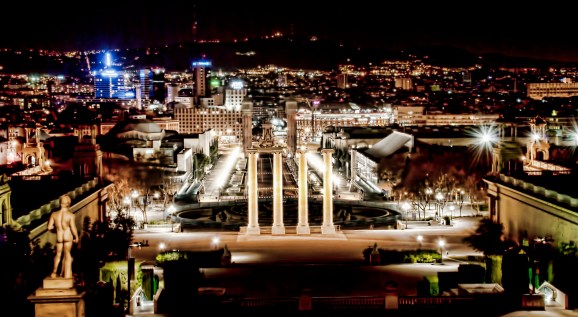 Airbnb is in regulatory trouble yet again. This time: It’s accused of listing properties illegally in Barcelona.

Apparently, Airbnb, the service that enables regular folks to rent out their homes to visitors, allowed the listing of properties that can’t legally be rented out to tourists per local laws. As a result, it got slapped with a €30,000 (a little over $40,000) fine from the Catalonian government, according to a Guardian report.

Specifically, the legal breach stems from the fact that apartments rented to tourists must be registered with the Tourism Registry of Catalonia, and that renting out rooms in private residences is actually illegal in the region. Airbnb launched in Catalan last April.

Beside actual regulation violations, Airbnb rentals in Barcelona are also causing tension among residents. While renting out their apartments or rooms in their homes is helping some residents make ends meet (a recent Airbnb-commissioned study found that 75 percent of Barcelona hosts earn equal or less than the average income in Catalonia), it’s angering others. The unhappy residents say they’re not getting a choice about essentially living in a hotel because of the ever-changing roster of neighbors and the frequent partying of those tourists.

“In many cases the flats are used as a place to party,” said Reme Gómez, of the Gothic quarter’s Barrí Gòtic neighbors’ association, to the Guardian.

“Tourist flats oblige the rest of us to live in a hotel, but without any of the same conditions. If you’re in a hotel and it’s 2am and the other guests are being too loud or vomiting in the stairwell, you can call someone to deal with it. Here no,” she said.

But some Barcelona residents like Airbnb. Last week, 200 Airbnb hosts in Barcelona protested in the streets, arguing that renting out their homes is helping them get extra money and even keep the homes they’re renting out.

This is not Airbnb’s first run-in with local authorities over the legality of its service or some of the properties using it. Last fall, for example, New York City’s Attorney General hit the service with a subpoena for all 225,000 of its users in the city. The AG’s office suspected that some of the hosts were illegally renting out their homes, as it’s illegal to do so unless one fully owns the unit. After month of back-and-forth, the two parties came to an agreement: Airbnb would release the data but it would be anonymized. Airbnb will only be required to produce identifying information of hosts the city investigates or are subject to “potential enforcement action.”

Last month, the Catalonian government also announced fines up to €6,000 for drivers who use the ride-sharing app Uber.