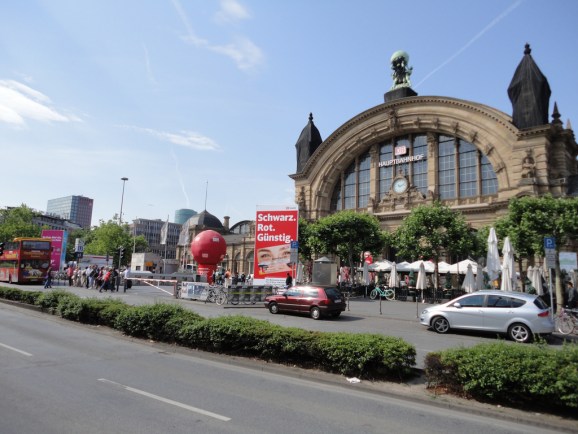 At some point late last week, some IP addresses were apparently associated with Amazon servers in a data center labeled “ec2.eu-central-1.amazonaws.com,” presumably in or around the German city of Frankfurt am Main.

Nils Jünemann, vice president of operations at Berlin-placed Bitplace, spotted the name of the apparent forthcoming Amazon Web Services region and wrote about his discovery on Friday on his personal blog. The post popped up on social networks and in online forums. Over the weekend, Amazon seems to have hidden the evidence by dispensing with associated DNS records. Today the Register reported on and partly confirmed Jünemann’s findings.

Amazon’s infrastructure-as-a-service has become increasingly accessible through frequent price cuts and flexible through the introduction of several new services. The cloud has also expanded its reach by opening data centers in more locations around the world. All these initiatives have helped Amazon keep its lead with respect to other public-cloud providers, like Google, Microsoft, IBM, HP, ProfitBricks, CloudSigma, and Rackspace.

Amazon cloud chief Andy Jassy dropped a hint of ongoing work to set up a full-on multi-data-center region in Germany in March, when he said customers in Germany have asked for a data center in their country. The work seems to have advanced since then.

“We’re constantly getting feedback from customers on where they would like the next AWS Region and have a long list of target countries we are looking at,” an AWS spokeswoman wrote in an email to VentureBeat. “We’re always re-evaluating and reprioritizing that list and Germany is one of the many countries that we are currently looking at. In the fullness of time you can expect AWS Regions in multiple major countries around the world.”

An Amazon region in Germany could appeal to companies in the country that want to use the popular public cloud but may only use computing and storage resources inside national borders. German businesses could port their applications and data over from the existing AWS regions in Ireland or the United States over to a new EU-central region, in hopes of improving performance. And perhaps Google and Microsoft will soon scramble to open regions of their own in Deutschland.