Business-focused cloud file-sharing company Box just raised a big $150 million round to keep itself private for a bit longer — before eventually going public.

After news of the funding round broke, the company came clean and confirmed the move in a statement today. It suggested that timing does matter when it comes to going public — and that the timing just isn’t right yet.

“Our plan continues to be to go public when it makes the most sense for Box and the market,” a Box spokesman wrote in an email. “As always, investing in our customers, technology, and future growth remains our top priority.”

One reason for Box’s caution: It’s a hectic, competitive time in the cloud-based storage and file-sharing market.

Google just made cloud storage unlimited for $10 per user per month for the Google Drive for Work service. Microsoft also drove more toward commoditization last month, by giving 1 TB of OneDrive storage to Office 365 customers, after bumping up OneDrive for Business capacity from 25 GB to 1 TB in April.

No wonder we’ve seen Dropbox and now Box take on hefty pre-IPO bags of money and gigantic credit lines, while cloud stocks still haven’t recovered the fast-growth mojo they had on public markets earlier this year.

But while Box waits for optimal market conditions, it is still not done getting its books in order.

As its revenue has steadily increased, Box has eased up spending on sales and marketing as a percentage of revenue — as well as other kinds of spending. So the total picture shows a company that looks like it’s taking steps to be profitable. 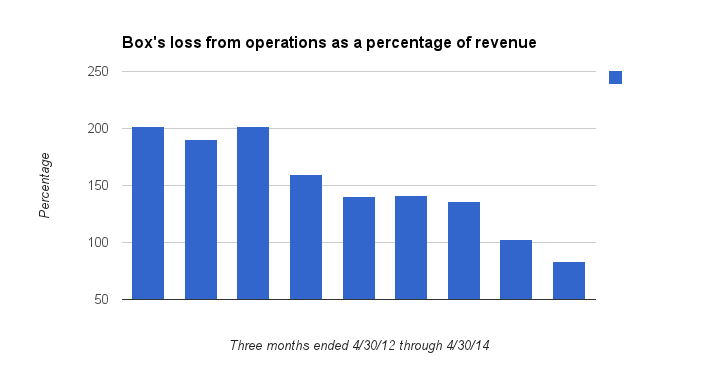 And hey, net loss for the quarter that ended on April 30 was not quite as staggering as it was in the three previous quarters. Net loss is now less than 100 percent of revenue. That trend looks good. 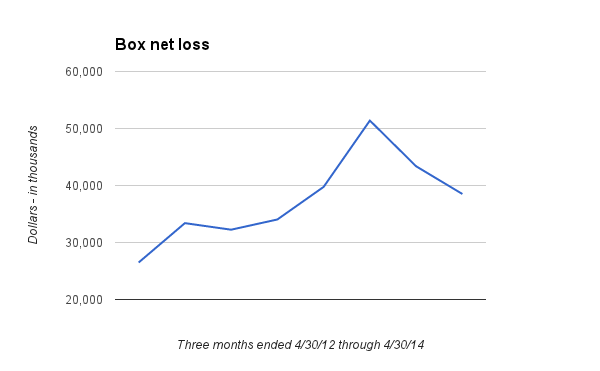 Trouble is — while revenue is definitely increasing at a healthy clip, revenue isn’t growing quite as quickly as it was a year ago. 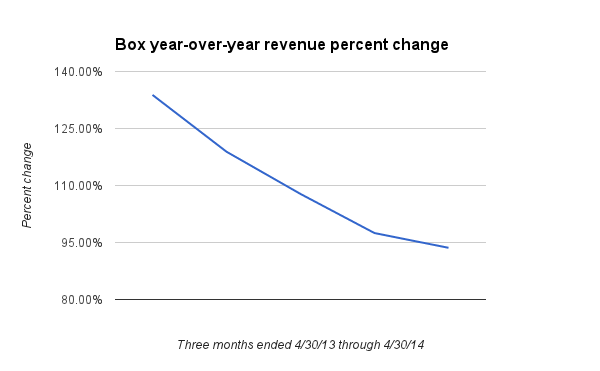 Box will probably have to keep hiring the kinds of salespeople who got it that big GE deal.

And for that, big piles of capital — like the stuff Box just announced today — can make that happen.