The Wolf Among Us, developer Telltale Games’ five-part series based on writer Bill Willingham’s comic series Fables, is coming to an end this week with its fifth episode, Cry Wolf. We’ve been pretty impressed with the other four parts, and this one is the best of them all, bringing Sheriff Bigby Wolf’s investigation of murder, extortion, and the shadowy crime lord known as The Crooked Man to a dramatic conclusion.

Cry Wolf has a lot of ground to cover, and it does so in a way that feels effortless and leaves you wanting more. After I finished this chapter, I was more disappointed than ever that I didn’t have another waiting for me on my Xbox 360.

And hopefully we get more someday, because this series has been incredible. 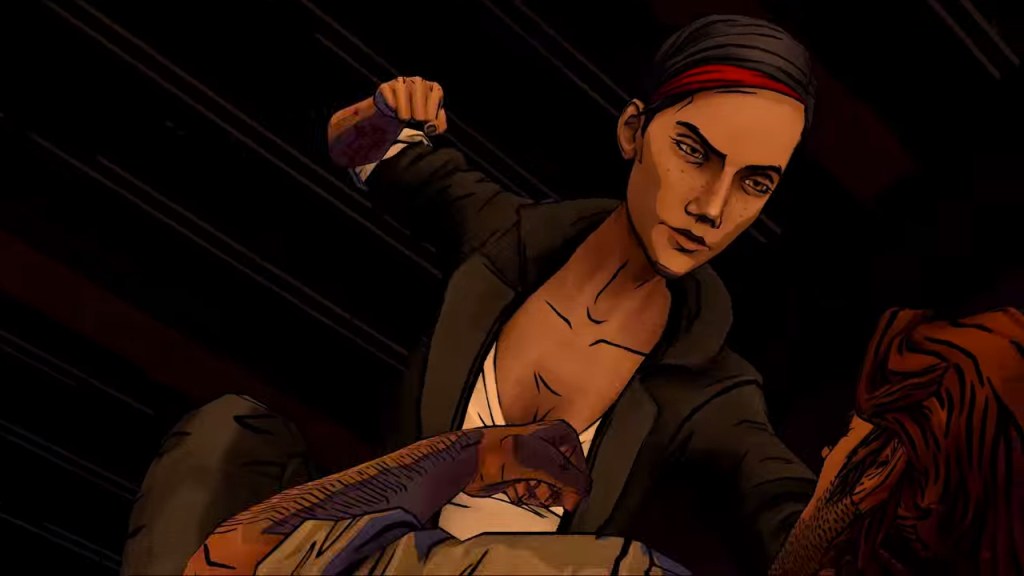 Above: You finally get to fight some characters who have been annoying you for the past couple episodes.

During my playthrough of Cry Wolf, I got into two massive fights, one chase, and some pretty intense conversations. OK, so the fights were maybe a little more exciting than the talking, so let’s get to those first.

They’re nuts. I can’t even say how crazy they are without spoiling anything, but on the Stuff Blurted Out in Surprise Scale, they rated five “holy shits” and one “No fucking way.” These fights are the most intense, elaborate, and frantic that the series has offered. It makes sense because it’s the thrilling conclusion, but Telltale really goes all out here to show you some stuff you’ve never seen before. 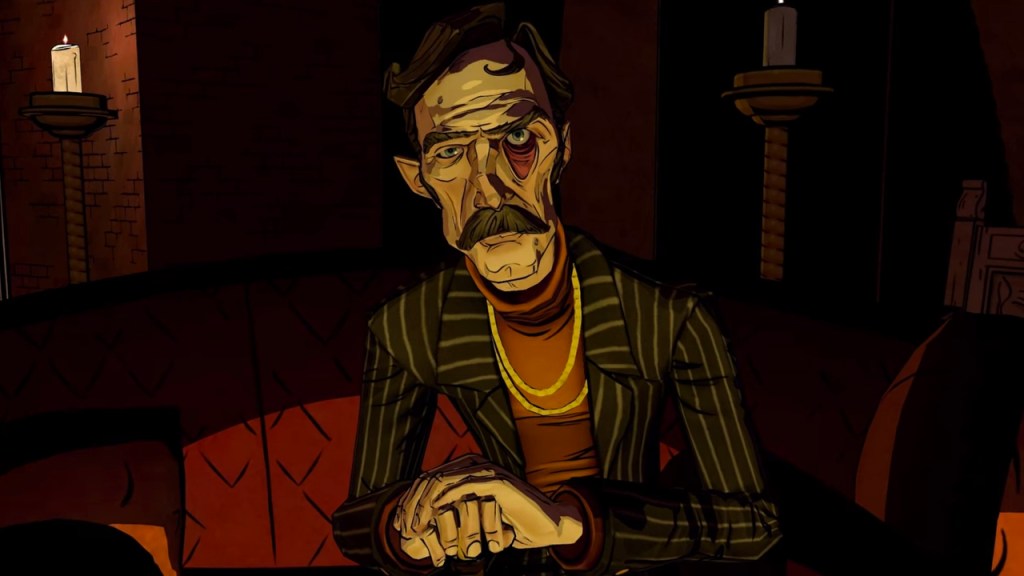 Above: The Crooked Man, who does not appear in the books, has one of the best character designs in series.

I had to take a couple breaks during Cry Wolf because things were just getting too crazy. It wasn’t like in Telltale’s The Walking Dead series when you have to make an important decision right now, and you need to step away to ponder it. It was more that the scenes in this game became so emotional and dire that I just couldn’t watch them anymore.

Even when Sheriff Wolf wasn’t [spoiler]ing [spoiler] at the [spoiler] after he [spoiler]ed into [spoiler], the intensity never let up. The dialogue sequences, which are where you finally discover who’s been doing all of those murders and why, are so charged that I had to walk away for a minute to recover. And maybe that makes me sound like a wuss, but I was invested, and I had to put the controller down before I crushed it to powder in my hysterical death grip. 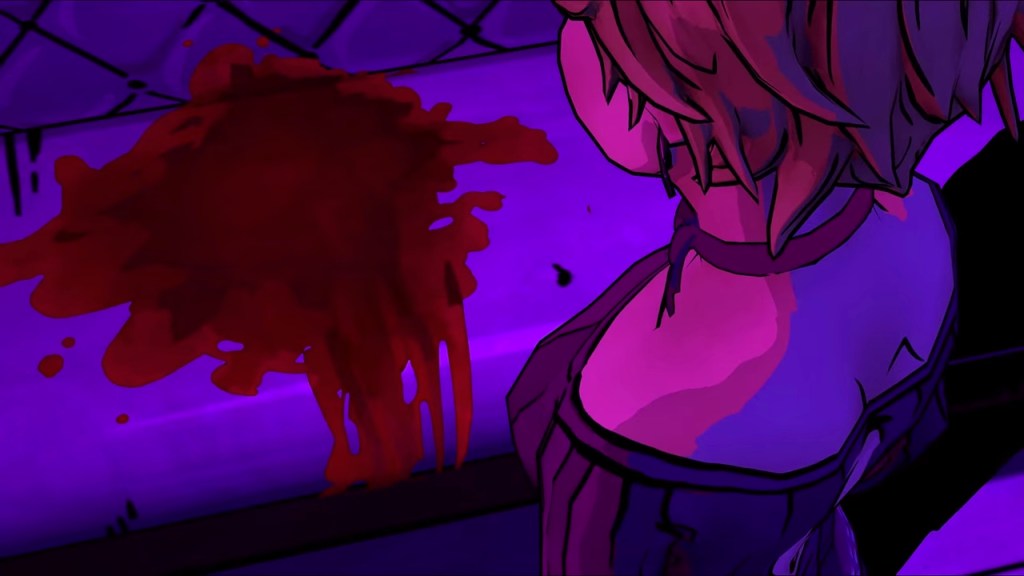 Above: Expect some casualties this time around.

I know that “satisfying resolution” is something of an oxymoron in this genre, but as noir endings go, Cry Wolf delivers everything you’d expect, including moral ambiguity, answers that only raise more questions, and an ending with just enough left open to keep you from feeling that you’ve gotten all the closure you require.

Cry Wolf has a lot to wrap up in its brief two-hour runtime, and it does so without feeling at all rushed or resorting to awkward info-dumps. The exposition is still character-driven, and it might possibly change the way you feel about some of its characters, although I still got in a sucker punch or two in the process because that’s just how I rolled.

But everything flowed and made sense, which is decidedly un-noir, but I appreciated it.

At one point in Cry Wolf, a character who should be naked—and who was, in fact, just naked—is fully clothed 2 seconds later (isn’t avoiding spoilers fun?). Maybe some magic happened; these are some magical mofos we’re dealing with here. But it was a little bit jarring and totally robbed me of the incredibly awkward “one person is naked” confrontation scene I was kinda hoping would follow.

Near the end of the game, a cab drives right through a character. This was definitely not a case of magic, but was in fact a minor technical glitch.

Cry Wolf has a few of them scattered around, and while they don’t make it unplayable, they do take you out of the moment for a few seconds. 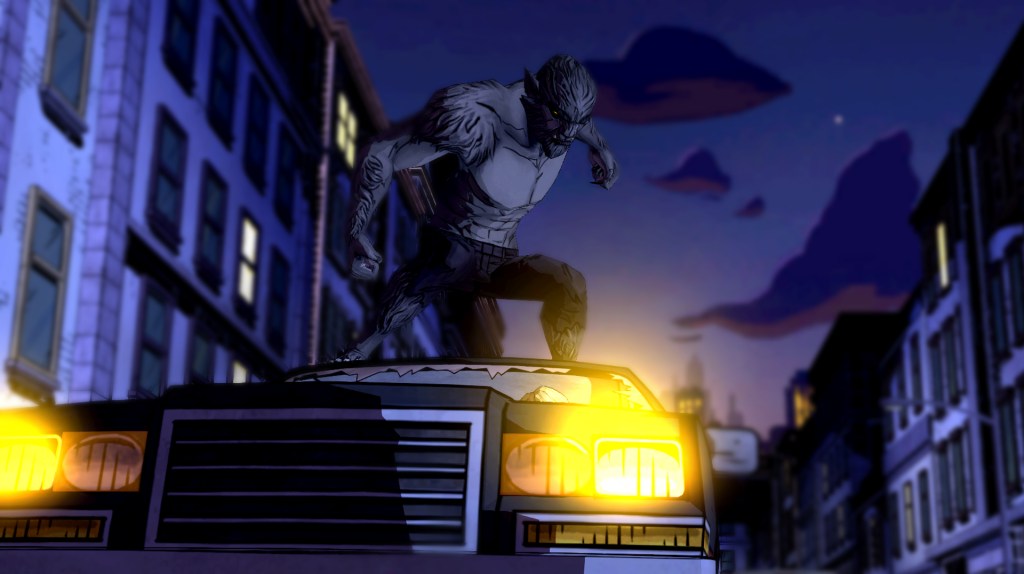 Above: Sometimes, you just gotta punch a car to death.

I’ve mentioned this in my reviews for all four previous chapters, so I might as well complete the set: You can’t turn of the prompts that tell you when a character will remember something you do or say. They still break immersion, they still tell you which decisions “matter,” and they are still distracting. Maybe Telltale will make them optional in the inevitable second season.

Cry Wolf ends Telltale’s Fables series on a memorable and effective note, taking everything that has worked in the series so far and amplifying it to its most spectacular. The energy, action, and tension never let up, and even after four episodes, this one still had plenty to surprise me. It’s everything a finale should be, and I hope we get to spend another season with Sheriff Wolf someday.

The Wolf Among Us Episode 5: Cry Wolf is out July 8 for the PlayStation Network, PC, and Mac; July 9 for Xbox 360; and July 10 for iOS. The developer provided GamesBeat with a free Xbox 360 download code for this review.