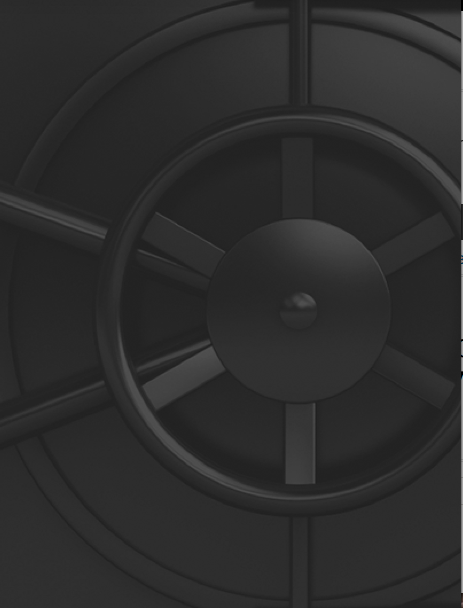 On Tuesday, it announced a new round of $20 million in funding, co-led by Greylock Partners and Index Ventures. This investment, which brings the total thus far to $40 million, reportedly values the company, using the old-fashioned metric of real-world dollars, at $100 million.

“Think of Xapo as a next-generation bank,” Santi Subotovsky told VentureBeat. He’s a partner at Emergence Capital, one of the investors in this round.

In addition to the underground bunkers, where deposits are insured FDIC-like by private insurance companies, Xapo is offering a free digital wallet. A debit card, acceptable at any place that accepts credit or debit cards and tied to the bitcoins in the wallet, is in the works.

Subotovsky told us that one competitive advantage is the underground bunker system, where a user might stash a large amount of bitcoin in dead storage.

Although offline storage would seem to negate the easy online transferability of the digital currency, he described it as “equivalent to having a large amount of cash and storing it somewhere.” Just as with cash, Subotovsky said, you can move it when ready “from cold storage to ‘warm’ storage.”

“Xapo has created a system where average consumers can be comfortable and secure with holding and using bitcoins,” Greylock Partner’s Reid Hoffman wrote in a blog post explaining his firm’s investment. Other investors in Xapo include PayPal co-founder Max Levchin, Russian billionaire Yuri Milner and Yahoo co-founder Jerry Yang.

The other distinguishing characteristic of Xapo, Subotovsky said, is the management team, whose CEO is serial entrepreneur Wences Cesares from Argentina. Subotovsky, also from Argentina, told us he’s “been spending over two years talking to bitcoin companies, [and] now we’re starting to see experienced entrepreneurs building businesses on bitcoin.”

Bitcoin has had a rough ride in the past year, rocketing up and down in rollercoaster valuations, being adopted as a favorite currency for criminal enterprises because of the difficulty in tracing it, and getting lost by the millions in poorly-run bitcoin banks.

“Definitely the ecosystem needs to get beyond that bad stuff,” Subotovsky said. But he and apparently the investors that continue to back bitcoin see its advantages overcoming its shortfalls.

Advantages like easy use across borders without currency exchanges, value set outside of the unstable government-set currencies that exist in many parts of the world, and the ability, as Subotovsky puts it, “for anyone with a cell phone to be their own account holder,” without depending on a bank. According to Index Ventures, the family of CEO Cesares lost their entire savings several times in Argentina because of currency problems in that country.

“To get there, it will need a killer app,” Subotovsky said. “And we haven’t yet seen the killer app.”