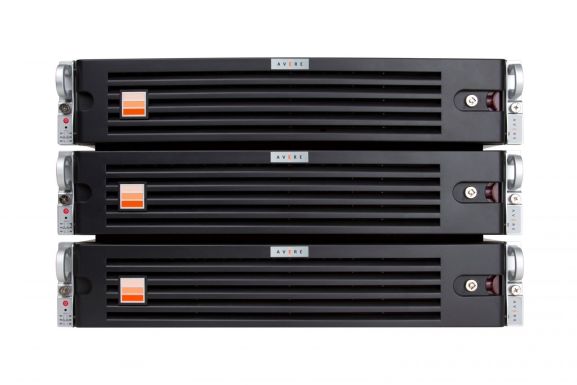 “They’re looking for new and interesting places to put their drives, and really just extend the applications where their drives makes sense to use,” Ron Bianchini, president, chief executive, and co-founder of the startup, told VentureBeat.

Avere sells some all-flash boxes, but it also has models that pack in a blend of disk and flash.

Public markets have jumped on companies selling all-flash or hybrid storage boxes. Violin Memory and Nimble Storage have both gone public in the past year. Meanwhile venture firms have backed startups like Nutanix and Tintri.

A big goal at Avere is to use flash in such a way that companies don’t run into performance lag if they keep some data in the cloud. Microsoft and, more recently, EMC have bought their way into the market of storage boxes that negotiate the divide between on-premises data centers and public clouds, but Avere stands out from cloud gateways by cutting out the latency that stems from grabbing data in a cloud, said Bianchini. “Think of our box as a gateway plus the performance part of a NAS [network-attached storage],” he said.

The company has shown how its gear can work in association with object-storage services from companies like Amplidata and Cleversafe as well as public clouds like Amazon Web Services.

“Our basic roadmap is to certify us in front of more and more of the different repositories,” Bianchini said.

In addition to Western Digital Capital, Lightspeed Venture Partners, Menlo Ventures, Norwest Venture Partners, and Tenaya Capital also participated in the new round. Much of the new money will go toward sales and marketing.

Avere started in 2008 and is based in Pittsburgh. About 100 people work for the company now, and in a year or so, that number should increase to around 130, Bianchini said.

The company now has hundreds of customers, including ION Geophysical, Rising Sun Pictures, and Turner Broadcasting.