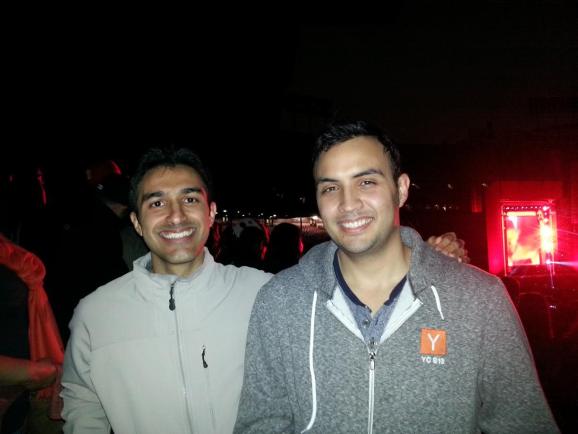 I’ve recently argued with a couple of colleagues over which music streaming service to use for our shared work playlists, but a young startup called Bop.fm might just be the solution to our refusal to agree.

The company, which announced a new $2 million in funding today, lets music listeners make playlists independently of the music services they use.

This means that, for example, I can be a Spotify user and create a playlist to share with my colleagues even if Rdio is their music service of choice. Moreover, if a song I got from Spotify’s library is not available on Rdio’s, Bop will grab it from somewhere else, most likely Soundcloud or YouTube, making the playlist still work for them.

“Our website is basically a remote control for your Spotify client,” cofounder and chief executive Shehzad Daredia told VentureBeat in an interview.

Oh, and I don’t even have to tell Bop that I am a Spotify user, it will magically figure out that I use that service on my computer and make it the go-to when I use Bop. How exactly that works from a technical standpoint, however, Daredia declined to explain as it’s part of Bop’s proprietary technology.

While services like SongDrop and Whyd have been working to let users bookmark music from SoundCloud, YouTube, and other services in one place, Bop is the first to build a service-agnostic layer to go on top of them all.

Bop is also launching verified artist pages today and is launching partnerships with several major music artists, who will be making their own curated playlists on Bop. Tiesto, Snoop Dogg, and Paul McCartney are among the artists getting verified pages.

Bop is useful for musicians precisely because it’s service agnostic, claims Daredia. When artists post links to their songs or to playlists they’ve created through Bop, they are making sure that their music is accessible to all of their fans, regardless of what music service they prefer.

Currently, Bop is only monetizing through affiliates, charging music services every time a new user signs up for their service through Bop. But in the future, the company plans to sell the data it’s amassing from its listeners. Since launching in December, Bop has streamed more than 50 million songs — that’s 50 million data points about people’s listening behavior it could already analyze.

Bop.fm was founded in early 2013 by Shehzad Daredia and Stefan Gomez, and is located in San Francisco. The company participated in Y Combinator’s summer 2013 batch of startups.